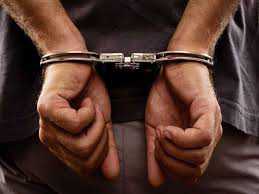 The accused has been identified as Prashant Kumar, a resident of Sector 56 Chandigarh, and presently living in a flat in Aman Homes in Sector 125, Mohali.

The police said they had received a tip-off and laid a naka. When the accused arrived on his motorcycle they directed him to stop. During checking, the team found 100-gm heroin and Rs 6,000 cash from his possession.