GURDASPUR: Two inmates, serving terms for offences under Section 302 IPC in Gurdaspur Central Jail, sustained severe injuries when a gang of prisoners attacked them with a sharp-edged weapon. The prisoners, Sunny Kumar and Avtar Singh, were rushed to the civil hospital where the doctors claimed that the “condition of one of them is critical”. 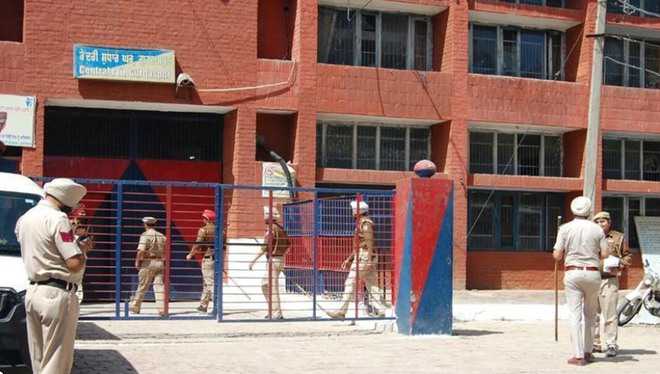 Two inmates, serving terms for offences under Section 302 IPC in Gurdaspur Central Jail, sustained severe injuries when a gang of prisoners attacked them with a sharp-edged weapon.

The prisoners, Sunny Kumar and Avtar Singh, were rushed to the civil hospital where the doctors claimed that the “condition of one of them is critical”. The incident took place this morning near barrack no. 2.

Satnam Singh, Deputy Jail Superintendent, said some inmates, including Bharat Gill, Paramjit Singh, Gopi and Harjeet Singh alias DC, attacked the duo with a sharp-edged weapon carved out of some metallic substance. The scuffle took place after the group complained that both Sunny and Avtar had encroached upon the space where they often slept.

“I have informed Jail Superintendent Karamjit Singh Sandhu. We are probing the sequence of events leading to the incident. Preliminary investigations suggest that the scuffle took place in the spur of the moment and no motive or old enmity could be attributed to it,” said Satnam Singh.

Jails minister Sukhjinder Singh Randhawa said he had ordered a probe into the incident by a senior officer. “I have been told that two prisoners have been taken to the hospital after they sustained injuries. I have asked a senior officer to conduct an inquiry and submit the report within 24 hours. There is absolutely no involvement of any jail staff. Some vested interests are spreading rumours. I have also asked the staff to be more vigilant,” said the minister.

Satnam Singh added that he had informed the city police station. SSP Swarandeep Singh said a case would be registered after receiving the inquiry report.

Recently, the SAD had raised a hue and cry over the Ludhiana jail firing incident that happened on June 27. SAD president and MP Sukhbir Singh Badal had claimed that Sukhjinder Singh Randhawa had “instigated his officials to open fire.”

To this Randhawa replied, “It has been often seen that the Akalis are in the habit of creating a controversy where none exists. Now, the SAD will pin the blame on jail officials for today’s incident in the Gurdaspur jail. I urge them to check facts before blaming others.”