8,00,000 to 2 million religious minorities detained in Chinese internment camps: US

WASHINGTON: An estimated 8,00,000 to 2 million religious minorities are currently being detained in internment camps in China, the Trump Administration has told lawmakers. 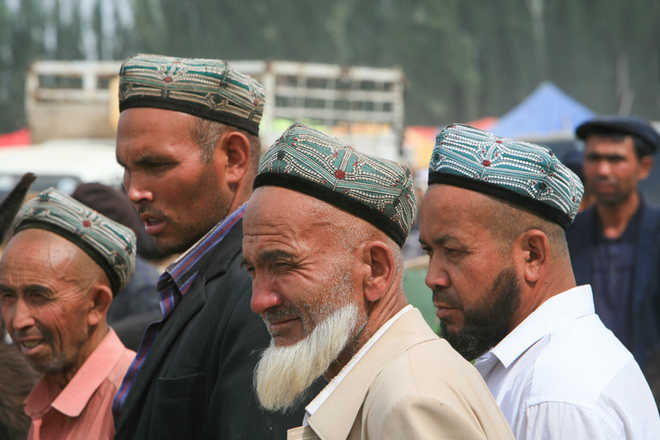 An estimated 8,00,000 to 2 million religious minorities are currently being detained in internment camps in China, the Trump Administration has told lawmakers, who have expressed serious concerns over the massive human rights violations there.

At a Congressional hearing here, Scott Busby, Deputy Assistant Secretary of State at the Bureau of the Human Right Democracy and Labor, alleged that Beijing was supporting similar repressive moves by other authoritarian regimes across the globe.

“The US government assesses that since April 2017, Chinese authorities have indefinitely detained at least 8,00,000, and possibly more than 2 million, Uyghurs, ethnic Kazakhs and members of other Muslim minorities in internment camps,” he said.

Testifying before a Senate Foreign Relations Subcommittee, Busby said reports suggested that most of those detained were not being charged, and their families had little or no information about their whereabouts.

At first, China denied the existence of such camps, but as public reports have emerged, Chinese authorities now assert that they are “vocational education centres”, which glosses over the fact that many renowned Uyghur intellectuals and retired professionals are also detained in these camps, he said.

Former detainees, who have reached safety, have spoken of relentless indoctrination and harsh conditions, for example, praying and other religious practices are forbidden. “The apparent goal is to force detainees to renounce Islam and embrace the Chinese Communist Party,” Busby said.

Life outside the internment camps is not much better, he noted. Neighbourhoods have entry and exit checkpoints manned by armed police. Families have been forced to accept Chinese officials into their homes for extended home-stays. Thousands of mosques have been shuttered or destroyed, while some turned into communist propaganda centres, Busby alleged.

“Unfortunately, fleeing China is not enough to escape the long arms of the government. China has routinely pressured other countries to return Uyghurs, ethnic Kazakhs and members of other Muslim minority groups, which has often proven successful,” he told the lawmakers.

Even when such individuals reach safety, China continues to harass and intimidate them. China’s repression of minority groups does not end in Xinjiang, he said.

Its policies have spread hundreds of miles away, for instance to the Hui Muslim communities. Tibetans also face continued repression and pervasive surveillance. The Tibetan Autonomous Region was the testing ground for many of the techniques now used in Xinjiang, Busby claimed.

Senator Cory Gardner said the so-called authoritarian closing under President Xi Jinping had resulted in an unprecedented and intensifying crackdown on civil society, ethnic minorities and religious freedom in China.

“The news of mass concentration camps for Uyghur Muslims and the Xinjiang Autonomous Province has shocked the conscience. And this necessitates a serious response from the United States and the international community,” he said.

Senator Ed Markey said it was pretty clear that there was a systematic effort by the Chinese government, not just within China, but also around the world, to back those policies which are most repressive and which allow for a compromise of human rights.

Senator Tim Kaine said reports indicated that a million Han Chinese have been recruited to forcibly occupy homes of Uyghurs so that those not in detention camps, are having Han Chinese placed in their homes to ensure there isn’t a Quran visible and they don’t pray during the day.

Senator Marco Rubio rued the silence of the Muslim world in the face of the forced internment of hundreds of thousands of Muslims Uyghurs. PTI