Abhay to move Speaker on plea against rebel legislators 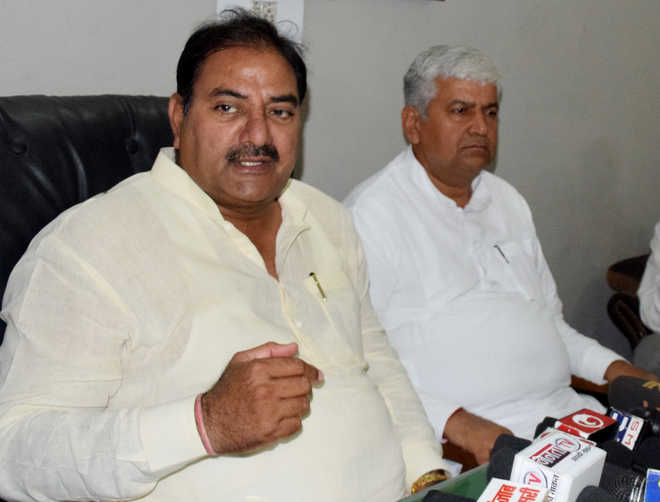 The step has been necessitated after the then INLD MLA from Fatehabad Balwan Singh Daulatpuria, who had lodged the complaint, joined the BJP.

“We have decided that we will approach the Speaker and request him that our MLA from Barwala, Ved Narang, as well as I be allowed to be included as complainants in the original plea, because Daulatpuria, who lodged the original complaint, has already joined the BJP and the ruling party is already hand in glove with the JJP,” Abhay said here today.

He said under the anti-defection law, an ordinary person could approach the Speaker for disqualifying an MLA for switching over.

Gujjar said he would decide the matter as per the legal provisions as and when the request came.

“If there is a provision under the rules, I will allow Abhay’s request to include him,” he said.

Sources in the Assembly said Abhay might be asked to file a fresh plea.

“If that happens, Naina and others will get more time to submit their replies,” said the sources.

On March 25 this year, Daulatpuria filed a plea, requesting him to disqualify the four MLAs under the anti-defection law. Two days later, the Speaker asked the four MLAs to submit their replies within two weeks.

Abhay wrote to the Speaker on April 2 that Daulatpuria’s plea had his consent.

Naina and others had met the Speaker on four occasions and sought more time for reply on one pretext or the other. Their requests were accepted.

Finally, Naina and three others submitted their reply on July 11, stating that they never left the INLD.