After 8 years at top, India drops to No 2 in arms import

NEW DELHI: After having cut down on imports of weapons and military equipment, India has dropped down to be the second largest importer of weapons. 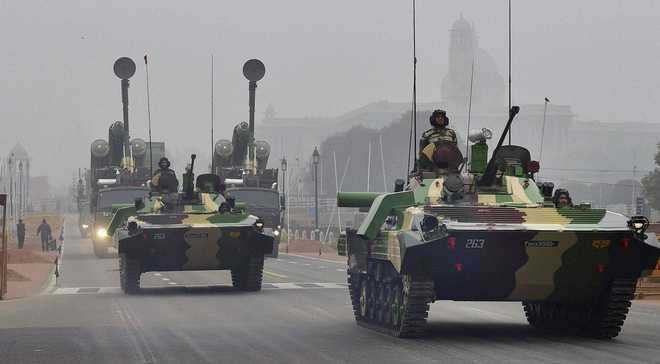 These trends have emerged from an annual report released on Monday by the Sweden-based think-tank Stockholm International Peace Research Institute (SIPRI). The assessment was done for a five-year period (2014-2018).

Titled ‘Trends in International Arms Transfers-2018’, it says, “India was the world’s second largest importer of major arms in 2014-18 and accounted for 9.5 per cent of the global total.”

Last year (for the period 2013-17), India accounted for 13 per cent of all imports and was the world’s largest importer.

According to the latest report, Russia accounted for 58 per cent of Indian arms imports in 2014-18, said the report, adding that Israel and the US are the other two big suppliers having provided 15 and 12 per cent of supplies, respectively, to India.

SIRPI explains the lowering of imports by India as delayed deliveries. It says “Imports decreased by 24 per cent between 2009-13 and 2014-18 (two five-year blocks), partly due to delays in deliveries of arms produced under licence from foreign suppliers, such as combat aircraft ordered from Russia in 2001 and submarines ordered from France in 2008.”

During the period studied by SIPRI, India procured Mi-17-V5 helicopters from Russia; maritime surveillance planes, the Boeing P8-I from the US, and UAVs and radars from Israel.

The five biggest exporters in five-year block period 2011-2015 were the US, Russia, France, Germany and China. The US and Russia remain by far the largest exporters, accounting for 36 per cent and 21 per cent, respectively, of all global trade.

The bigger story is, however, China, which, in a sign of an omnipresent threat, has been helping Pakistan and Bangladesh in ramping up military prowess. China is now the fifth largest exporter of weapons ahead of traditional manufacturers like the UK and Israel. Its biggest benefactors are Pakistan and Bangladesh, both sharing a boundary with India and could potentially cause trouble for New Delhi. The two countries accounted for 53 per cent of Beijing’s exports from 2014-2018.

On the other hand, Beijing is also an importer. “Despite the rapid development of its indigenous arms-producing capabilities in recent years, China was the world’s sixth largest arms importer in 2014-18 and accounted for 4.2 per cent of the global total,” the SIPRI report said. Russia accounted for 70 per cent of Chinese arms imports in 2014-18. China remains reliant on imports for certain arms technologies such as engines for combat aircraft and large ships as well as long-range air and missile defence systems. Its own arms industry has yet to develop the technological capability to match Russian suppliers in these fields.