CHANDIGARH: Bollywood actor Akshay Kumar was recently questioned about the ongoing controversy between actress Kangana Ranaut and the media at the trailer launch of ‘Mission Mangal’ in Mumbai. 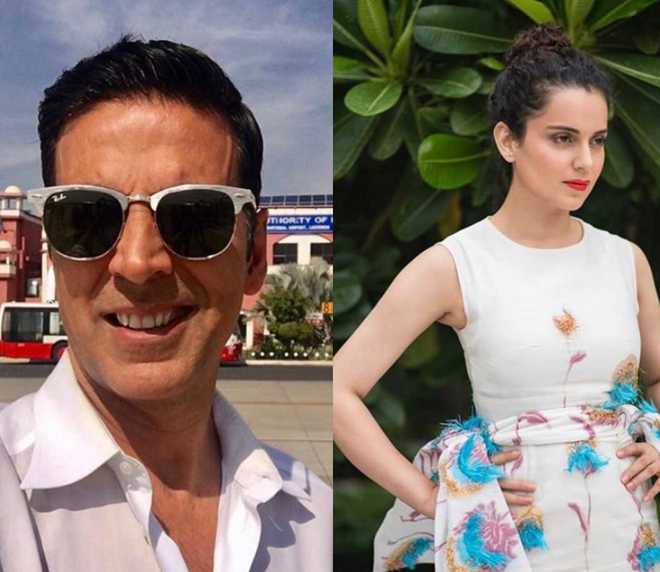 Bollywood actor Akshay Kumar was recently questioned about the ongoing controversy between actress Kangana Ranaut and the media at the trailer launch of ‘Mission Mangal’ in Mumbai.

While actors like Sidharth Malhotra, Parineeti Chopra have shared their opinions about the entire fiasco, Akshay too has now broken his silence.

The ‘Khiladi’ actor took Sidharth Malhotra's words and said it was a very unfortunate thing to happen.

"I would like to reiterate what Sidharth Malhotra had said earlier that the relationship between the media and actors is a very close relationship like that of a husband and wife who fight and get angry. I hope this thing (Kangana and media spat) gets resolved because we need you (media) a lot. That's what I feel because things that we want to convey to the audience, we are able to do that because of you and vice versa. I feel it's very unfortunate but I feel things get sorted out," Akshay Kumar told the reporters.

Veteran actor Rishi Kapoor addressed the issue and said that though he agrees with Kangana's views to a certain extent, he doesn't agree with her entirely.

Megastar Amitabh Bachchan too had given Kangana a reality check through a cryptic tweet saying that superiority doesn't come from birth but from one's qualities.

Entertainment Journalists Guild of India has boycotted Kangana from media coverage until she issues a public apology for everything that transpired between her and a journalist at ‘Judgementall Hai Kya’ song launch event.

Kangana, however, not just only refused to apologise but also slammed them in a video calling them as 'termites', 'pseudo', 'traitors' and 'tenth-fail'.