Amitabh Bachchan on 77th birthday: ‘What is there to celebrate, It’s a day like any other’

MUMBAI: Amitabh Bachchan turns 77 on October 11 but the superstar is in no mood to celebrate his birthday this year. 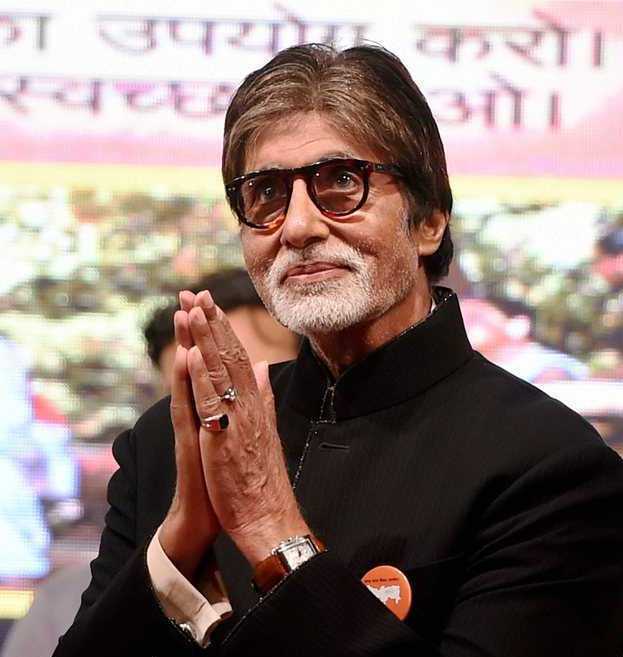 Big B recalls his childhood birthdays when his father, the late poet Harivanshrai Bachchan, would always compose and recite a poem for him.

Amitabh Bachchan turns 77 on October 11 but the superstar is in no mood to celebrate his birthday this year.

"What is there to celebrate? It's a day like any other. I'm grateful that I still working, that my body is able to keep pace with my spirit," he says, humbly urging his well-wishers to pray for his good health.

Big B recalls his childhood birthdays when his father, the late poet Harivanshrai Bachchan, would always compose and recite a poem for him.

"It was a family tradition," the veteran actor recalls, adding: "But this tradition took an entirely new definition when, after my near-fatal accident in 1984 (when he nearly lost his life after a shooting accident on the set of 'Coolie'), my father recited my birthday poem. It was like a new life for me. While reading the poem my father broke down. It was the only time I've seen him like that." Big B says things have changed over time, as far as birthday rituals go. "My father's poetry is much-missed, as is my mother's excitement on that day. The annual ritual of cake-cutting no longer interests me. It has been replaced by a plate of dry fruits," he says.

Does he have any unfulfilled dream? "There're so many! I want play the piano. I want to learn many languages. I'd have liked to work with Guru Dutt," he says.

Finally, which one of his films would he love to remake for himself? "None. What was to be done was done to those films. Why not look ahead?" replies the man most in the industry acknowledge has mastered the art of thinking young, despite his age.

As his ‘Gulabo Sitabo’co-star Ayushmann Khurrana recently said, Amitabh Bachchan is "a 77-year-old man with the mind of a 24-year-old". — IANS