AMRITSAR: Setting an example for others and bringing laurels to her village and region, sarpanch Jasbir Kaur of Maudde village, which falls under Attari block, received the national award under Swachh Bharat Mission (Rural). 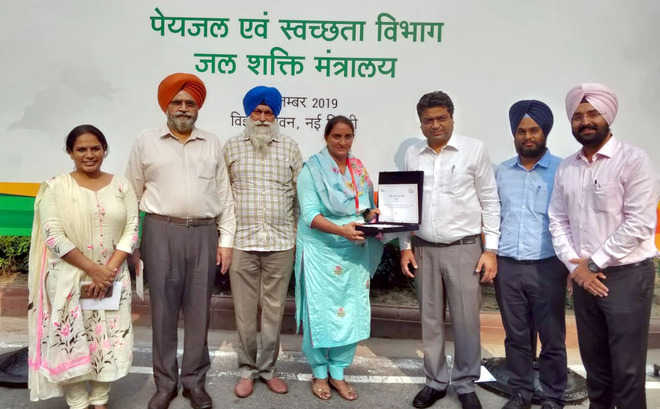 Setting an example for others and bringing laurels to her village and region, sarpanch Jasbir Kaur of Maudde village, which falls under Attari block, received the national award under Swachh Bharat Mission (Rural).

Kaur got the award by giving best results under the mission, implementing schemes and maintaining the highest standards of cleanliness and sanitation in her village.

Kaur, who actively worked to make her village open defecation free as aimed under the mission, said that every village and community should work together to achieve this. “Our village has implemented several schemes under the mission, including developing solid liquid waste management system, eradicating open defecation and improves levels of cleanliness,” she added. Kaur received the award from Gajendra Singh Shekhawat, Union Cabinet Minister for Jal Shakti, at the national Swachh Mahitsav held in Delhi recently. Kuar was the only recipient of honour under the Swachh Bharat Mission from Punjab.