AMRITSAR: The final placement at IIM-Amritsar have ended on a high note with 100 per cent placements for the batch of PGP 2017-19. 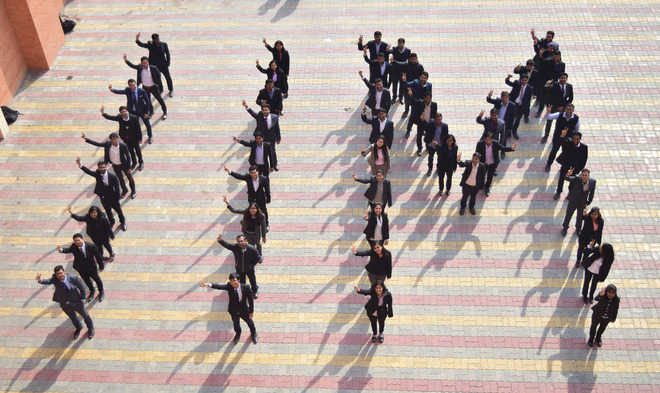 The final placement at IIM-Amritsar have ended on a high note with 100 per cent placements for the batch of PGP 2017-19. In comparison to last year, there has been a substantial growth in key metrics related to final placements figures and the institute academicians attribute it to the high interest from the companies based out of India. The highest domestic annual package has also shot up from Rs 17 lakh per annum (LPA) to 21 LPA this year. The domestic average of the batch has also increased significantly from Rs 11.02 LPA to 12.2 LPA, with year-over-year growth of 10.7 per cent because of the availability of quality opportunities in India. The graph for the present batch also saw a considerable upward increase from Rs 10.5 LPA to 12 LPA this year.

Prof Arun Kaushik, chairperson, placement, IIM Amritsar, said, “Like previous year, we had a large batch size of close to 100 students once again this year, which resulted in addition of new quality recruiters to our existing placement contacts. We have consistently achieved 100 per cent placements because of the trust we have gained and maintained over the last three years in terms of providing quality talent pool to our recruiters.”

Under the mentorship of IIM Kozhikode, IIM Amritsar has emerged as the largest, in terms of batch size, among the third generation IIMs.