AMRITSAR: Though the frequency of metro buses has been improved under the Bus Rapid Transit System (BRTS), the free bus service witnessed a lukewarm response even on the second day. 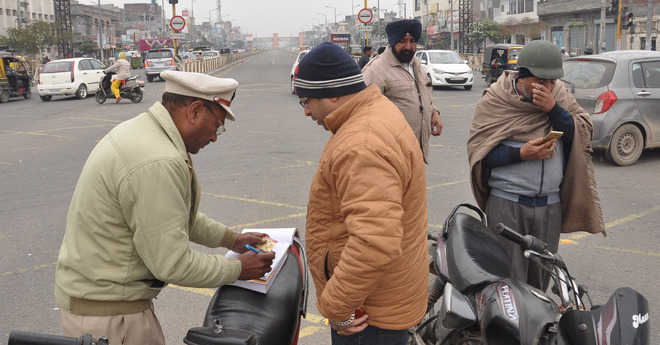 Though the frequency of metro buses has been improved under the Bus Rapid Transit System (BRTS), the free bus service witnessed a lukewarm response even on the second day.

The traffic police issued challans to those found driving on the BRTS track near Khalsa College. At Novelty Chowk, the traffic cops warned the violators. In the absence of any check, vehicles were seen parked on the BRTS route in Verka.

Ironically, even police vehicles were seen plying in the BRTS lane.

Meanwhile, Navjeet Kaur, a passenger from Verk village, expressing her elation over the bus service, said, “I boarded a bus from my village and reached Dr Daljit Singh Eye Hospital within 15 minutes. On bike, the journey is not possible even in 25 minutes. It saved my time.”

A bus driver, who didn’t wish to be named, said, “There are two major hurdles in the movement of traffic. One is illegal movement of vehicles on the BRTS track and the other is parking. If the police and MC clear it, we will provide excellent service to the passengers.”