Mobile phones continue to be sneaked inside jail premises

AMRITSAR: In yet another seizure, a mobile phone was found from the high-security Amritsar Central Jail here on Wednesday. 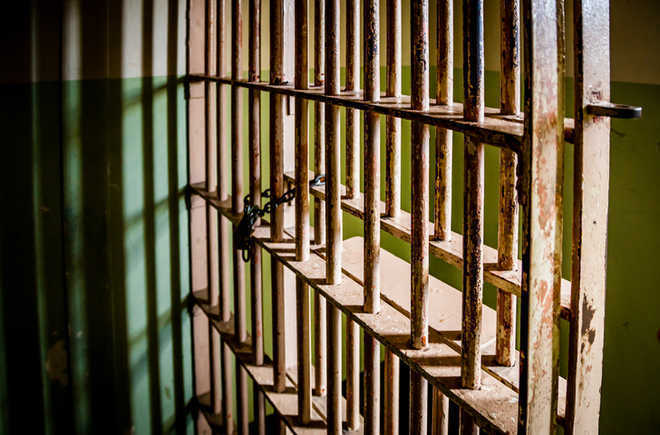 In yet another seizure, a mobile phone was found from the high-security Amritsar Central Jail here on Wednesday. An unclaimed mobile was found from garbage while cleaning barrack No.7, said officials of the jail.

The prohibited material continue to land on the jail premises thanks to ‘innovative’ ways of inmates and the involvement of insiders could not be ruled out. The jail authorities confiscated around 13 mobiles in August — on an average, one mobile phone every two days. In September, five mobile phones have been recovered till now.

It has become a major challenge for the jail authorities to curb the slipping of the prohibited material inside the jail premises.

It has become a biggest challenge for the Punjab Police to stop the menace (of sneaking of the prohibited material inside the jail). Admitting this, DGP Dinkar Gupta said modernisation of jails was going on. He stated this during a press conference here on Wednesday.

The drug smugglers and notorious criminals inside the high-security jail run their networks from the mobiles.

On the other hand, the deployment of CRPF jawans inside the jail premises was yet to see light of the day. Following a clash inside the Ludhiana Jail, the Punjab Government had urged the Union Home Minister to deploy CRPF companies to guard jails, besides announcing a slew of other measures to upgrade the security inside the high-security jail complexes. Though the Home Minister had granted three companies of the CRPF to be deployed at Amritsar, Ludhiana and Bathinda, the same were yet to arrive.

Arshdeep Singh, Superintendent, Amritsar Central Jail, said, “It is a matter of the state and we cannot comment on this. But it is surely going to give a boost to the security inside the jail.”

The authorities have blamed the shortage of staff and alleged corrupt practices among jail staff due to which unscrupulous jail inmates managed to sneak in mobile phones or other prohibited materials.

“We have adopted zero tolerance in this regard. Inmates usually slip in mobile phones or drugs by concealing it in their private parts. We have recovered 58 mobile phones hidden in the rectum area by inmates when they enter the premises after court hearings,” he said. Besides mobile phones, they also smuggle in habit-forming drugs in a similar fashion, he added. He said the problem of mobile phones could not be solved until mobile signal jammers were installed on the premises.