NEW DELHI:The Ministry of Defence on Tuesday issued formal instructions on restructuring of the Indian Army headquarters that will result in reducing some 200 officers from Delhi besides creation of separate wings to deal with internal vigilance and human rights policies. 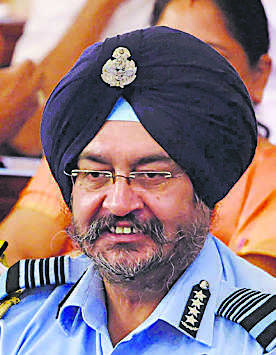 The Ministry of Defence on Tuesday issued formal instructions on restructuring of the Indian Army headquarters that will result in reducing some 200 officers from Delhi besides creation of separate wings to deal with internal vigilance and human rights policies.

Called the Government Sanction Letter (GSL), the formal instructions were issued tonight, top sources in the Ministry of Defence confirmed to The Tribune.

This is the first major restructuring of the Army headquarters in the national capital. The decision is in line with the government's resolve to make the 1.3-million strong Army leaner and fit for a 21st century war.

The MoD has issued the first two parts of the GSL that will allow for moving 200 officers and creation of new wings that will deal with vigilance and also human rights policies.

The next part of the GSL that will issue instructions on merger of some directorates of the Army is expected after the one issued today. This includes merger two weapons and systems procurement agencies and created a new post of Deputy Chief who will coordinate with military intelligence, operations and logistics wings.

The next GSL is expected to create a new Deputy Chief to oversee strategy and operations, intelligence collation, conduct of operations and the movement of logistics. At present, the DG (Military Operations) and the DG (Military Intelligence) report to the Army Chief or Vice-Chief. Also, the restructuring will merge the Master General Ordnance (MGO), who is currently under the Vice-Chief, and the DG (Weapons and Equipment) under a single vertical with the Deputy Chief (Planning and Strategy), which will be renamed Capability Development.

Also expected is the creation of a consolidated information warfare wing that will subsume two existing wings under the DGMI and the DGMO. The DG (Military Training) will now be merged with the Shimla-based Army Training Command.