Is # feminism elitist in India? : The Tribune India

Is # feminism elitist in India?

Online feminism in India is an elite club that gloats over the echoes of its success inside its own chamber. Within the online circuit, it may create ripples, however, it fails to make an impact in the real world. It all started in 2009 when Nisha Susan launched the Pink Chaddi campaign, to lambaste attacks on women pub-goers in Mangalore, Karnataka, by Hindu right-wing elements. 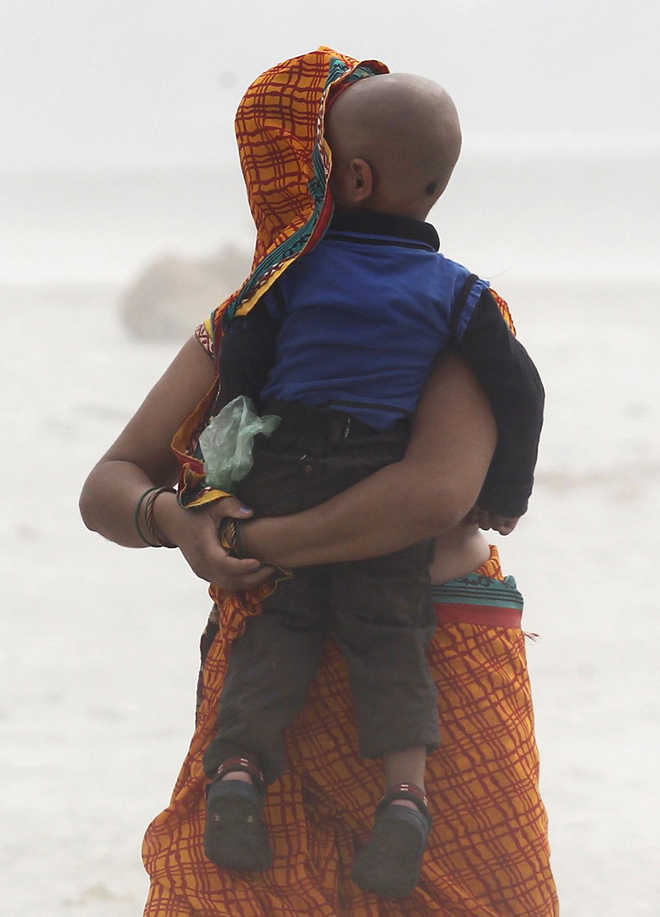 She struggles to survive: A large number of Indian women can’t take a call on spending few rupees on their healthcare. An Indian Human Development Survey found that 79.8 per cent of women needed permission from family members to visit a health centre photo:PTI

Online feminism in India is an elite club that gloats over the echoes of its success inside its own chamber. Within the online circuit, it may create ripples, however, it fails to make an impact in the real world.

It all started in 2009 when Nisha Susan launched the Pink Chaddi campaign, to lambaste attacks on women pub-goers in Mangalore, Karnataka, by Hindu right-wing elements. Within weeks, Facebook got associated with the campaign, 'The Consortium of Pub-going, Loose and Forward Women'. It gathered tens of thousands of members within a short span of time. The campaign was ultimately killed when Susan's Facebook account was hacked. This was perhaps the singular most successful example of digital feminism in India.

For the first time information and communication technology (ICT) was used as a tool for activism by urban, educated women to send across a message of gender equality to mostly semi-educated, regressive men and women.

Not only men, a vast majority of Indian women, too, think that women, who go to pubs, wear revealing dresses, or have male friends, are of doubtful character. Changing this mindset is the toughest challenge for Indian feminists. What of ordinary women, even leaders like the West Bengal Chief Minister Mamata Banerjee had called the Park Street gangrape a “fabricated incident” because the victim was sharing drinks with the men who later raped her in a moving car.

May it be Happy to Bleed or Pinjra Tod or Rani, by Shethepeople.TV, the online feminist campaigns have usually been triggered by urban, empowered women’s quest for more nuanced terms of equality. It is another matter that a majority of Indian women haven’t reached a point where they can take a call on spending few rupees on their healthcare.

A survey conducted by the Indian Human Development Survey (IHDS) in 2012 found that 79.8 per cent of women needed permission from family members to visit a health centre.

The internet penetration is 24.3 per cent in India. Its gender base has not been surveyed yet but going by other social parameters, the feminist ideas online rarely reflect the concerns of a majority of rural, underprivileged women. The angst of the virtual world is by and for their own kind only.

A Toronto-based young woman uploaded pictures of her period stains on Instagram; another ran a marathon in London during her period sans sanitary napkins. These may be milestones for online feminist groups but for most Indian women these are non-issues, far removed from the reality they face every day.

If feminism is not intersectional in as diverse a society as we live in, it’s a hogwash. Most feminist issues raised online are not inclusive of women en mass and their lived experiences. This became evident in the triple talaq discourse when most celebrated online feminist groups of the country dropped the cause as an issue that concerned only Muslim society. The ‘glass ceiling’ may trigger passions in this elite club, it fails to find resonance in a society where majority of women treat matrimony as the final destination of their life.

Therefore, a critical part of women’s issues is missing in the online activism.  Damini ,  Jyoti Pandey,  Pink Chaddi — these events that triggered rage took place in major cities and violated rights of the urban women.

The online feminism, therefore, is limited in voicing the concerns of upper-caste, middle class, educated, aspirational women. It ignores historically entrenched systems of gender oppression, a natural part of our patriarchal customs and caste-based oppression.

Because the discourse is initiated by women who are privileged by education and online global accessibility, to them problems of the underprivileged women are nothing but statistics. Not being able to visit a hospital without husband’s permission never acquires a hashtag. Child marriages that take place on a large scale in India and are a major cause of women’s oppression, never find a voice online.

However, these privileged, urban, educated, professional women, too, are stuck in traditionalist roles even if they have modern mindsets. Their feminist discourse is like a half-baked cookie; it is the women who worked at the grass roots, who brought about legislative changes that favoured gender equality.

There have been instances where the educated, privileged wives and male and female friends of a rape accused have slut shamed a victim online, or at best maintained a tacit silence, especially if the victim happened to come from the lower strata of society.

The demand for toilets for girls did not come from  feminist quarters, even after two sisters were found hanging from a tree in Bahraich district in UP, after they had gone to relieve themselves in the open at night.  The most vulnerable of our society is the Dalit woman. She has her disadvantages compounded. She is exposed to sexual violence not as a rare occurrence, but as a norm she lives with. The conviction rate for rape cases against all women is a mere 25 per cent in India, but in case of Dalit women, the conviction rate drops to an abysmal 2 per cent. The discrimination has failed to raise feminist eyebrows.

If feminists are not advocating causes of the women whose realities do not look or feel like their own, then they, too, are a part of the problem. Complicity in the face of oppressive systems, intentional or otherwise, means opting to be on the side of the oppressor. This is not feminism — hashtag or not.

In a misogynist society, online feminism becomes toxic. The way Gurmehar Kaur was silenced recently by a barrage of online threats is a sad reminder. In view of increasing cyber violence against women, the legal framework around cyber laws needs to be given more teeth. It can also be counterproductive though — leading to increased surveillance. One can, therefore, subvert the existing technology so that feminist voices are not silenced. For example, rape survivors made videos using Snapchat filters to mask their faces, or Rainbow filters introduced by Facebook to support homosexual orientation.