NEW DELHI: While the southwest monsoon awaits a fresh push towards the Indian mainland, the IMD on Sunday said conditions are becoming favourable for its advance into some more parts of South Bay of Bengal, Andaman Islands and north Andaman Sea between May 29 and 30. 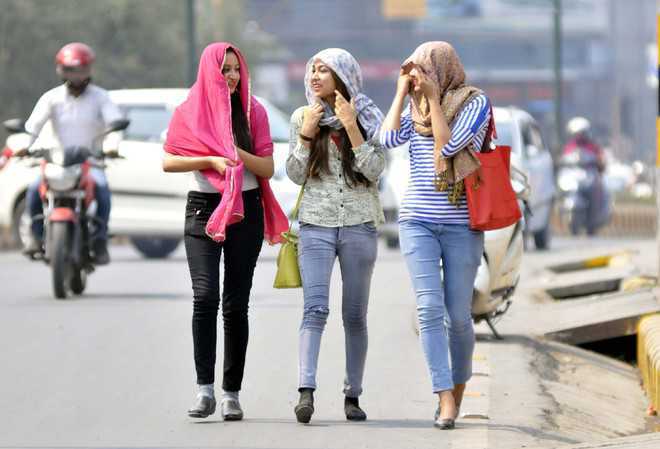 While the southwest monsoon awaits a fresh push towards the Indian mainland, the IMD on Sunday said conditions are becoming favourable for its advance into some more parts of South Bay of Bengal, Andaman Islands and north Andaman Sea between May 29 and 30.

This year, the monsoon onset over Kerala is expected to be delayed (around June 6 with a model error of ± 4 days), according to the India’s official forecaster the IMD.

In the meantime, maximum temperatures are expected to rise gradually by 2-3°C over major parts of northwest—Punjab, Haryana, Delhi, Chandigarh, the hill states and all during the next four to five days.

They are also expected to remain above normal by 2-3°C over some parts of south peninsula in the next three days.

2019 is one of the years when seasonal rains will arrive at a time when half of India is facing drought. Even the pre-monsoon season has seen rains below the Long Period Average—the LPA.

For the country as a whole, cumulative rainfall during this year’s pre-monsoon season between March 1 to May 22 is below LPA by 23%, northwest by 31%, south peninsula by 41%, central India by 8% and east and northeast by 11%. Though the northwest received excess rains in the week between May 16 and May 22/23.

While the country on the whole was down by 38% and central India and south peninsula by 63%, east and northeast by 38% the northwest received 48% excess rains.

Meanwhile as the country awaits the seasonal rains to arrive, heat wave conditions are likely to continue over Vidarbha and parts of madhya Maharashtra, Telangana, east Madhya Pradesh, Chhattisgarh, east Uttar Pradesh, Jharkhand and Odisha for the next four-five days, says the IMD, predicting fairly widespread to widespread rainfall activity with isolated heavy falls over Assam and Meghalaya and Sub-Himalayan West Bengal, Sikkim around May 29 and 30

Yesterday, heat wave conditions were observed in some parts of Vidarbha and in isolated pockets over Telangana, Marathwada, Odisha and madhya Maharashtra.

Maximum temperatures were appreciably above normal (3.1°C to 5.0°C) in some places over Vidarbha, madhya Maharashtra, Odisha, Marathwada, coastal Karnataka, Rayalseema and Tamil Nadu and Puducherry

The IMD said temperatures recorded at 1430 hours today saw a rise by  3-6°C over Nagaland, Manipur, Mizoram and Tripura and many places over Jammu and Kashmir and pockets of Punjab, west Rajasthan, Bihar, Jharkhand, Assam, Meghalaya, West Bengal and west Madhya Pradesh.