DHAKA: Prime Minister Sheikh Hasina on Thursday defended Bangladesh’s decision to buy two submarines worth $203 million from China, saying the move won’t elicit “negative reactions” from other countries as it was for safeguarding the country’s sovereignty. 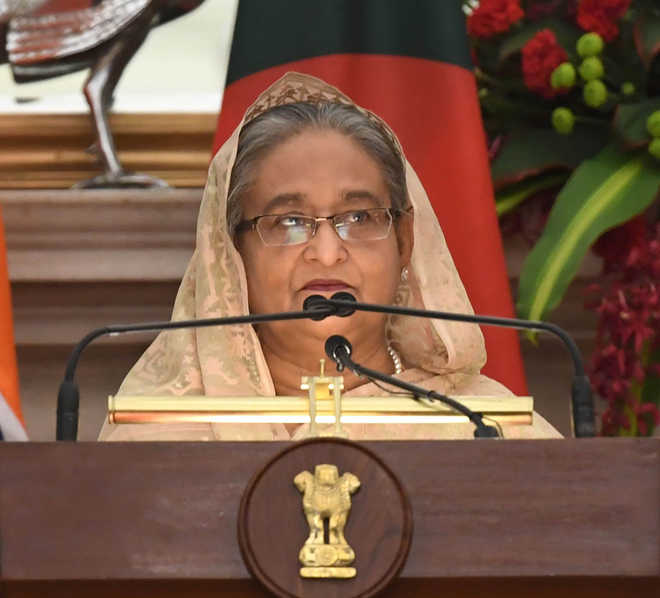 Prime Minister Sheikh Hasina on Thursday defended Bangladesh’s decision to buy two submarines worth $203 million from China, saying the move won’t elicit “negative reactions” from other countries as it was for safeguarding the country’s sovereignty.

Hasina called China a key-development partner and said Bangladesh purchased two Chinese-made submarines to modernise its defence system by upgrading the Navy into a “three-dimensional force”.

“I believe that the decision of buying two submarines from China is related to the national interest of Bangladesh, and it won’t create any negative reaction in the political arena in the outside world,” she told Parliament late Wednesday.

The premier’s comments came in response to a lawmaker’s question on the negative speculation four months after Bangladesh Navy commissioned the two Type 035G-class submarines, also known as Ming-class, naming them as BN Nabajatra and BN Agrajatra.

She said Bangladesh’s defence system was further strengthened than before due to induction of the two submarines into the Navy.

The conventional diesel electric submarines are equipped with torpedoes and mines.

Bangladesh analysts said procurement of the two submarines at a cost of $203 million reflected the country’s growing economic and defence ties with Beijing.

Hasina announced her plan to procure the Chinese submarines in 2013 when Bangladesh signed a billion-dollar deal with Russia to buy fighter training jets, helicopters and anti-tank missiles. PTI