Prime Minister Narendra Modi claims that the demonetisation of Rs 500 and Rs 1,000 notes was necessary to curb black money and fake currency. 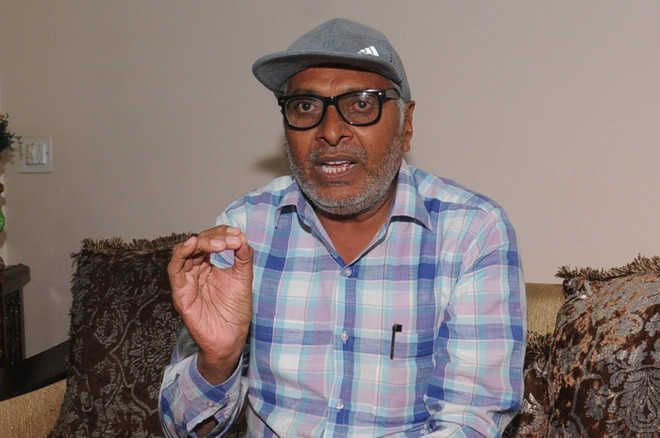 Prime Minister Narendra Modi claims that the demonetisation of Rs 500 and Rs 1,000 notes was necessary to curb black money and fake currency. What is your view on this step?

Black money is like the God. Everybody speaks and hears of it, nobody has seen it. The Bathinda police have not registered even a single FIR on black money in the past five years. An amount of Rs 23 lakh in the form of fake currency was recovered with the arrest of 45 persons since 2011.

What is your take on the aftermath of demonetisation?

We always adopt a pro-active approach before doing anything big. Even for organising a small birthday function or a big event like marriage, we always consider its pros and con. We make preparations accordingly, but unfortunately our Prime Minister, who has cultivated the image of a ‘chaiwala’ (tea seller), failed to adopt a pro-active approach in this regard and things are now getting out of hands. We have various agencies and security forces such as the police, NDRF, CRPF and the Army can handle any situation at the grassroot level, but we don’t have anything to tackle a situation like this. Young female staff, who are in their probation period, are forced to work in the bank till midnight. Those who come from far off places fail to get any mode of transportation and an amount of Rs 30,000 in cash was reported less at a branch at Civil Line due to utter chaos and unprecedented rush.

How do you justify your claims of miscalculation of the government and the Prime Minister on this initiative?

There are 93 commercial banks in our country with 1.30 lakh branches and outside every branch there is a queue of more than 100 persons even before it opens in the morning. 16 casualties—including the death of a man due to heart attack, standing in an endless queue— have been reported in the aftermath of demonetisation in India. Rs 100 notes are only 13 per cent of the total currency in our country and the most used notes are of Rs 500. In our district, only 5 per cent of the banks have cash and getting our money has become a herculean task.

Why has this problem arisen?

Our government has failed to predict the actual practical consequences of banning Rs 500 and 1,000 notes. It has also failed to assess the other aspects at the grassrooot level such as an acute shortage of manpower in banks and currency counting machines. Employees of most nationalised and government banks are already facing a lot of burden of various other works such as Jan Dhan Yojna, MGNREGA, student scholarship, old-age pension, delivery compensation, crop damage and student fees. This move now actually appears to have a hidden agenda like gaining cheap publicity and was not focused on fake currency or black money.

How is the common man suffering from demonetisation?

It is only the common man who is standing in serpentine queues outside ATMs and banks. No bureaucrat, politician, established businessman or a high-profile person has been seen standing in any queue.

But don’t you think, it is just a temporary phase!

Indeed! It is temporary, but its scar would remain in the hearts and minds of the people for a very long time. I have witnessed a harrowing bus journey between Chandigarh and Patiala on November 9 when the decision came into effect and only then did we get to know the actual plight of the common man. Passengers, including an ailing old woman, with old currency notes of Rs 500 and Rs 1, 000, who wished to travel by a bus, were debarred from travelling. The bus conductor said he failed to get even a single rupee of loose currency and did not bet upon a change of Rs 500 from anywhere.  He was left with no option but to show the door to the passengers. Then I thought that it was better to travel by train from Patiala to Chandigarh, but a ticket seller at the railway station asked me to find at least three more passengers so that he could sell tickets collectively without giving change.

Prime Minister Narendra Modi claims that the demonetisation of Rs 500 and Rs 1,000 notes was necessary to curb black money and fake currency. What is your view on this step?

What is black money? First, we should understand the definition of black money! The ill-gotten unaccounted money generated from illegal acts is called black money. Now, the logistics behind the black money! Rs 1 crore in 1,000 note denomination, if stashed evenly, occupies one square feet of area and weighs 13 kgs. Rs 100 crore would weigh 1.3 tons and occupy an area equal to the size of a three-wheeler goods carrier, making the movement of cash without detection difficult. Now, the question is: where is black money? Nobody would keep such a huge amount in their homes or offices, but invest it in real estate, stocks, benami bank accounts or buy autos or other luxury items. Even this financial year’s income-tax probes from April 1 to October 31 declares that black money holders have stashed Rs 7,700 crore worth of ill-gotten assets. The cash component was merely Rs 408 crores or 5 per cent. Now you tell me, how would demonetisation help in recovering the black money which is not actually currency, but has become an asset?

What is your take on the aftermath of demonetisation?

There are two types of economies—formal and informal. A formal economy is where financial transactions take place mostly through banks, cheques or e-transactions and informal is where mostly cash transactions take place. Now, a genuine buyer or seller, even a fruit seller, has more cash than Rs 2.5 lakh in our informal economy. People have to give explanation of more than this amount to income tax authorities. But even then, people would deposit whatever cash they have in the banks. This would help in reducing the rate of interest and flood the banks with money.

How is the common man suffering from demonetisation?

It is resulting in hardship for low-income groups as only 28 per cent to 32 per cent of Indians have access to financial institutions, including post offices and banks. Further, 33 per cent of the 138,626 branches are in 60 tier-1 and tier-2 cities, leaving rural India at a huge disadvantage.

Why has this problem arisen?

India has among the highest level of currencies in circulation. The present currency in our country is 12.1 per cent of our Gross Domestic Product (GDP). The demonetised currency is 6 per cent of the GDP. When the demand increases, the supply reduces. Now, the demand for demonetised money has increased, but its supply has been slashed badly and it has a short-term negative impact upon the economy. Also, it can’t be said with certainty how good its impact would be in the long term.

Whether demonetisation would help in stopping or recovering black money in any manner?

I don’t think so. A huge amount of black money stashed in foreign banks won’t be recovered with demonetisation. Journalist Josy Joseph in his book, A Feast of Vultures, has given an example of circumventing the laws. He wrote that the Department of Industrial Policy and Promotion (DIPP) noted that huge investments are routed through Singapore and Mauritius by Indian businessmen to avoid taxes or for concealing the identities from the revenue authorities of the ultimate investors, through a process known as round tripping. This is being done to get benefits of foreign investments in Indian companies. Any illegal act, whether it is black money or fake currency, could be stopped only with a systematic way of dealing. The government will have to adopt a system to check black money. Such tactics would only harass and disturb the genuine, honest and common man.