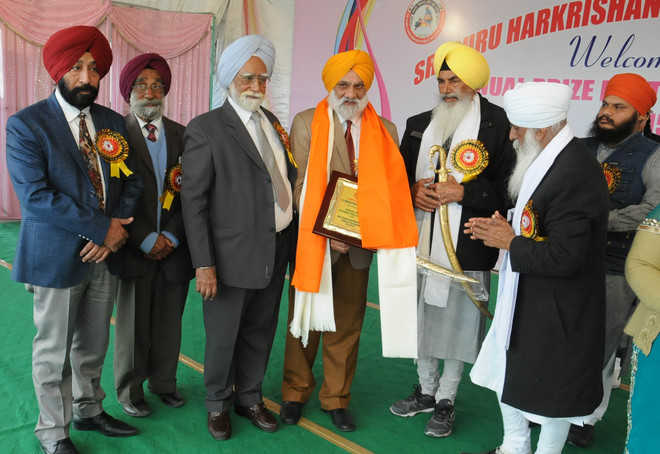 The event began with the lighting of the lamp by the chief guests followed by the recitation of school shabad and welcome songs by the students. Later, the students enthralled the audience with their endearing and enthusiastic performance at a spectacular show.

Principal of the school, Jatinder Kaur presented the annual report of the school and explained the achievements of new associations and objectives.

The school pass-out students who bagged good positions last year were honoured by Vice-Chancellor Dr Mohan Paul Singh Ishar and HS Sandhu, chairman of the school, along with school principal.

The functions concluded with a giddha performance and a vote of thanks by Secretary HS Mokha.

Lok Sabha adjourned for third time as opposition protests over Pegasus, other issues

As soon as the House met for the day, Speaker Om Birla made ...

Earlier, the top court had suggested “mediation” to Andhra P...