A life not lost in vain

History is replete with instances of social and moral critics paying with their lives for militating against the status quo. 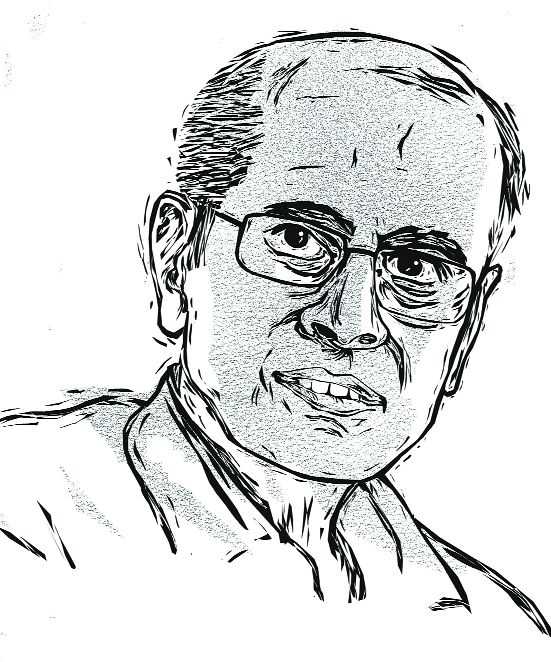 History is replete with instances of social and moral critics paying with their lives for militating against the status quo. India lost four of them between 2013 and 2017. The targeted killings of three elderly men (Dabholkar, 67, Pansare, 81, and Kalburgi, 77) and a middle-aged woman (Gauri Lankesh, 55) by shadowy Hindutva groups indicate the extent to which these four had gotten their goat. All four were well-recognised and respected in their regions. But in the rest of India, there has been little awareness about the values upheld by these three elderly men and the solitary woman that led to the violent snuffing out of their lives at an age when past transgressions are ignored. This translation from Marathi may be the beginning of the endeavour to bring to people the work being done by rationalists — formally banded under the Tarksheel Society — at the grassroots level.

Dr Narendra Dabholkar wrote and travelled extensively. And he did that with exemplary, some say foolish, forthrightness. Many of his lecture venues used to be barricaded by the police or stormed by Hindutva storm troopers. But such was his clarity about his convictions that in cases where the police was reluctant to allow him to speak, Dabholkar would insist on inviting the barricaded protesters into the tent to show them that their apprehensions about insulting of religion and its myths and rites of passage were misplaced.

Ever a modest man matched by a mild temperament, Dabholkar attempted this book after 25 years of relentless activism because ‘my own comprehension of the subject has now matured.’ The pivot around which his life revolved was the Andhashraddha Nirmoolan Samiti (ANiS or Committee for the Eradication of Superstition). The book accordingly splits itself into two parts. The relatively dreary, and sometimes plodding, theoretical basis for the movement is followed by a lively section of anecdotes on the activism part of ANiS. There is blunt one-on-one debate with godman Narendra Maharaj, while exposing his ‘miracles’ in the process, showing  what the Ganesh idols drinking milk process actually was; his many fellow travellers, including noted thespian Dr Shriram Lagoo, who would uncomplainingly turn up at any  nook and corner if there was a superstition to be debunked or rationalism to be explained to the lay audience. The end game was to peacefully enhance the reasoning capacity of people so that they bank on a logical mind and their conscience rather than mellifluous godmen and fake ‘sciences’ as markers of their daily lives.

As Dabholkar concedes, showing courage in practice is not easy, and this is something undertaken by a very few, especially when it comes to demolishing ‘sciences’ that are flourishing industries today, like vaastushastra and astrology. Patiently and with deliberation, Dabholkar takes down shtapati or vastu experts who bank on mythology, antiquity and religion, all the while mimicking scientific jargon, to make their offerings palatable to educate upper middle class where they make their pickings.

As with astrology, vaastushastra, he says, is a ‘nuisance’ grounded in the ‘pigheaded’ assumption that our ancestors knew everything that modern science knows. The three basic criteria of science — causality, objectivity and universality — are then deployed to take down other pseudo sciences — acupuncture, astrology, magnetic therapy as well as other less-familiar forms with the open letter to Vice-Chancellors of all universities in Maharashtra on including astrology in the curriculum clearly settling the debate, if there was one.

Dabholkar wasn’t only tilted against the various claimants to the Hindutva saffron banner.  Miracles at mazars of Muslim saints also came in for equal attention. From hypnosis to ghosts, there is no placebo or superstition that Dabholkar leaves unaddressed. But far from a rant, Dabholkar meticulously, and with apparent respect, lists all that the other side claims to be. It is then followed by an examination on the touchstone of rationality, commonsense and science.

In the end, one might ask what happened to ANiS after its mentor was assassinated? Did it all go in vain? Dabholkar, unlike Gauri Lankesh, had built an organisation of like-minded, self-sustaining volunteers. Despite the climate of intolerance, ANiS has grown in size and still keeps plugging away to awake reason in human minds.