Chronicles of the carnal

The newest entrant to explore the deep ocean that is desire is Gurcharan Das. 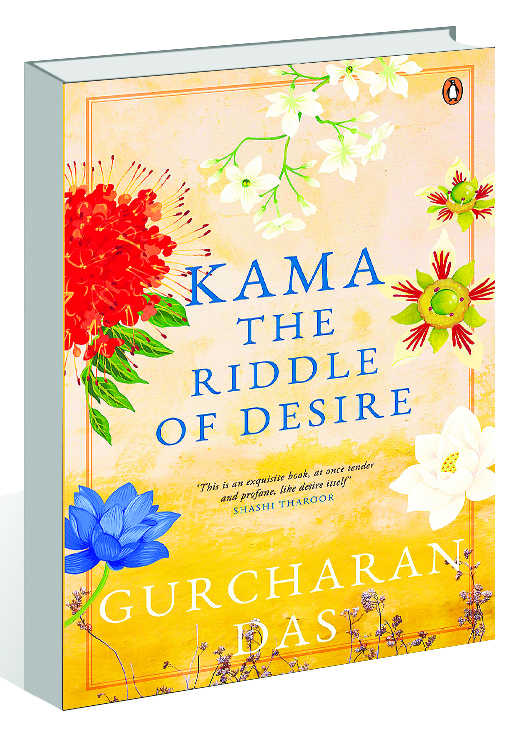 The newest entrant to explore the deep ocean that is desire is Gurcharan Das. With this book, he has completed the trilogy that comprises India Unbound (about worldly wealth or artha), and The Difficulty of Being (about virtue or dharma). Kama: The Riddle of Desire speaks of sensual gratification or kama and concludes the author’s tryst with the three purusarthas (the aims of a human life) that lead to the attainment of the fourth and final purusartha: Moksha (liberation).

Das’ work delves into ancient philosophy and texts, but contemporises the contexts in the modern world.  He declares in the prologue that his intention is to make his text perfectly lucid and readable for the average reader — an aim he succeeds at wonderfully. To make it even more relatable, he treats his book like a fictional memoir and creates a protagonist, Amar.

Naturally, this theory is at complete variance with the theories of ‘original sin’ taught by the Catholic fathers in his school. At the same time, Das offers his own belief of the genesis of the two sexes that emerge from ‘divine leela…the original state of oneness which had been split into male and female.’

A unique concept that Das dwells on is the struggle between the kama optimists and pessimists. The spiritual yogis, ascetics and puritans who see desire and sex as an enemy to the fulfilment of their spiritual goals are the kama pessimists. On the other hand, the optimists are those who revelled in sensuous love, celebrating it as the way to complete the aims of life. Their philosophy resulted in works like the Kamasutra, Gita Govinda and other such celebrated works in sculptures and arts. The ‘imperfect compromise’ between the kama optimists and pessimists is reached through the institution of marriage.

With empathy, effortless humour and doses of the philosophies of the great masters, Das examines romance, love, rejection, nuptials, family, infidelity, ennui and jealousy in the relationship of a couple. Amar’s story starts soon after India’s Independence and the socio-political scenario of Delhi is captured quite well. Yet, the references span the age-old philosophies, mythologies and literatures of the world.

His book challenges the reader, placing paradoxes and riddles before him. Finally, in the epilogue, he offers the essential philosophy:  ‘The key word is balance, which underlies the civilisational equipoise of the philosophies of the purusarthas — a good life demands a balance between the plural goals of human life.’

Das’ canvas is wide and varied wherein he speaks of patriarchy, politics, sex, love, world philosophy, diverse theories about the birth of the universe, socialism, Gandhian theory of celibacy and the Kamasutra. He quotes from the Upanishads, the Kumarasambhavam, Shakespeare and Proust with equal ease and manages to pull off his magnum opus with confidence and style.