Documenting the documenters : The Tribune India

Book Review: Towards a People’s Cinema: Independent Documentary and its Audience in India edited by Kasturi Basu and Dwaipayan Banerjee.

Independent documentary in India has moved from strength to strength; from being a response to the perversion of democracy during the dark days of the Emergency to establishing itself, within a short span of time, as a generalised praxis of critique and resistance. 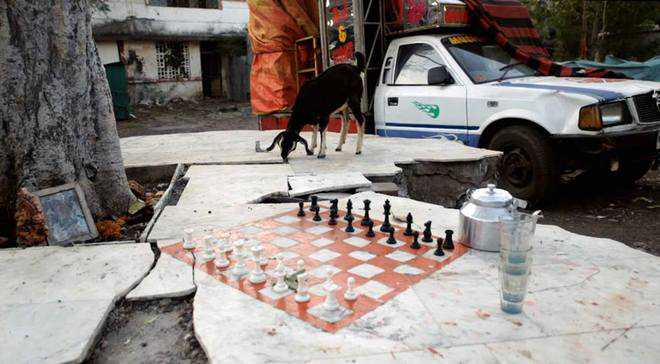 A still from Ek tara turup

Independent documentary in India has moved from strength to strength; from being a response to the perversion of democracy during the dark days of the Emergency to establishing itself, within a short span of time, as a generalised praxis of critique and resistance. Though the broad contours of this journey are quite well known, limited work is available for those interested in a fuller and critical account. But with the recent publication of Towards a People’s Cinema: Independent Documentary and its Audience in India, an edited volume put together by Kasturi Basu and Dwaipayan Banerjee, this need is addressed in various significant ways.

First and foremost, because the majority of media researchers are partial to the study of sites and processes of production or interested in textual analysis, we know very little about the creative ways in which different audiences engage and negotiate with the texts. Therefore, the centring of the audience in the volume is refreshing because it allows us to go beyond the usual question of what the media do to the people and instead pose a counter — what do people do with the media? It is evidently a more important question to ask if we are to explore the political potential of independent documentary film in a meaningful way. A minor quibble that one can perhaps have with the volume is that the reader does not get to encounter the audiences directly, but mainly via the filmmakers.

Two, it is no small achievement that the volume, in spite of accommodating a range of practitioners and practices, perspectives, and geographical and political contexts, manages to retain its focus more or less through its entire length. It is also to the credit of the editors that they were able to define the scope of the volume in such expansive terms that allowed them to bring together such a rich diversity of contributions and open up a space for conversations between filmmakers, activists, and audiences. Sure, there are several notable exclusions, as is the case with any edited volume, but it is fairly representative of the topic.

The volume is organised into four broad sections. In the first section, titled History, filmmakers Sanjay Kak and Uma Chakravarti provide brief and insightful histories of the independent documentary in India; former through tracing moments of ruptures and transitions, and latter through a more personal narrative. Biren Das Sharma’s essay, which should ideally have been the first in the section, is a deeper dive into the history of independent documentary.  The second segment, Practice, brings together reflexive writings and interviews of some of the leading practitioners of the form. Filmmaker Deepa Dhanraj’s interview is of particular importance for raising pertinent questions about ethical dimensions involved in the making of political documentaries.

Collectives, the third section is the most exciting of the four, where several groups involved in production and screening of films are profiled. Working within difficult circumstances, almost all the collectives make use of documentary film in different ways. If one were to identify a common refrain running through the section it would be this: It is not enough to make political films, films need to be made and shown politically. Though the focus of the larger volume and the section is the documentary film, the profiles of Ektara Collective, Bhopal, and Jan Cinema, Mathura, who often blur the boundaries of documentary and fiction, come across as most interesting of the lot. Others, of course, greatly further our understanding of documentary film and its potential to facilitate socio-political engagements.

The fourth and the last section, Legacy, again provides a deeper historical context of the independent documentary film as a political tool and its continuing vitality. It comprises an essay by Tapan Sen on the use of cinema in the Naxalbari movement, and a reproduction of noted filmmaker Anand Patwardhan’s 1981 MA thesis on his own film, Waves of Revolution. This section, though useful, is perhaps the weakest of the four. While Tapan Sen’s essay could have been made a part of the any of the other three sections, one is not quite sure if reprinting an entire MA thesis in an edited volume is such a good idea.

Edited volumes, since these usually bring together new and diverse perspectives, are often good occasions to forecast where things are likely to go from the present juncture. If there is a particular weakness of the volume, it is its reluctance to make a gesture towards the arc that independent documentary might bend towards. One productive strand to think about in this regard would be to trace the use of online and mobile technologies. They have not only invigorated the realm of politics but also blurred the boundaries between filmmakers and audiences.