Sikhism is a world religion with followers in all parts of the globe. While most of the Sikhs trace their origins to Punjab, they have spread to other parts of India and the world. In between cultures: The book explores issues facing the global Sikhs, including immigration, integration, maintaining an identity while seeking another

Sikhism is a world religion with followers in all parts of the globe. While most of the Sikhs trace their origins to Punjab, there are Sikhs from other lands too, particularly the Americas. Yet, much of the literature and discourse around the religion is Punjab-centric.

I J Singh, Emeritus Professor, New York University, taught anatomy and has been writing extensively on Sikhism. He offers the perspective of a Punjabi-origin American, someone who has been in the US for 60 years. He has a long record of engaging with American audiences on Sikh perspectives, and also guiding younger Sikhs on various issues. He is unburdened by the provincial mindset that often hobbles traditional writing on religion.

The Sikhs have been moving out of Punjab for nearly 150 years now. Even as they have leaned back on tradition and guidance from back home, they have evolved their own perspectives too. People like I J Singh serve as a bridge between traditional understanding and the questions that the younger generation throws up. The book, his sixth, is a compilation of 36 free-standing essays. That is its strength, as well as its weakness. But we will come to that later.

The issues facing Sikhs around globe include migration, integration, and maintaining an identity while seeking new ones. They are also trying to understand and figure out core teachings of the faith, understanding Gurbani and adhering to those while negotiating with the demands of the new situation. This is where people like I J Singh bring in a global perspective and a multidisciplinary approach, which is appealing.

In “Living in Punj-Liash/Eng-Jabi”, he rues how “many young arrivals, Punjabi Sikh by background — reasonably worldly and sophisticated — openly reject Punjabi as the language of the unschooled, uneducated herd, and pointedly refuse to touch it even with a gurdwara or home.” IJ reminds us: “To kill a language is to kill a culture and its people.”

In the chapter “1984: Institutionalizing Evil,” he revisits the trauma and the tragedy, and studies how the organised violence was no riot. In his chapter “Tweaking Traditions”, he says: “Traditions are best described as habits of the heart. They persist, define and dominate our lives even when they have lost all reason for existence. But, surely, the heart has its reasons, which reason knows not.” He then goes on a short path that takes us through Christian and Jewish practices, with the anthropologist Margaret Mead thrown in, before revisiting Sikh traditions such as charni lagna and dastaar bandi, and examining their relevance in modern life. He then goes on to show how sewa has been undertaken by many a Sikh organisation abroad and how connecting societal sewa to young Sikhs would help them forge an unshakable bond with the Sikh ethos, or 'Sikhi', as he puts it.

In his columns and lectures, Inderjit reflects on the transcultural ease in using metaphors and quotations, which accounts for his intergenerational appeal. Then there is a refreshing irreverence, too, even towards his own work: “Readers know that I regularly write columns. Would every reader agree with me? I hope not, and certainly expect not. Learning demands that we listen to those with whom we disagree and search for common ground. That’s how progress takes place.”

Dialogue as a means of knowledge is so Socratic that it practically seems antediluvian. Yet, it is the essence of meaningful engagement. Scholarship of the sacred tends to get dogmatic and is intolerant to dissent.

There is bound to be some overlapping in any collection of essays. We find that here too, as also the familiar constraint we notice when we read essays that were meant for a particular audience or time. Indeed, mentioning the context and date would have added value to the essays.

One does not read IJ Singh’s essays as chapters. These demand individual attention, reflection, mulling over and perhaps going back to some particular part for further edification or pleasure. He often pushes the envelope, and he does so in an erudite manner.  His writing has become more definitive with time, but he often frames questions and takes the reader on a journey that allows for reflection and makes the reader come to her own conclusions.

This is the second time that IJ Singh’s book has been published in India, and this will surely allow exposure to a wider audience and fetch the writer feedback from the land of his birth, something he would surely value. 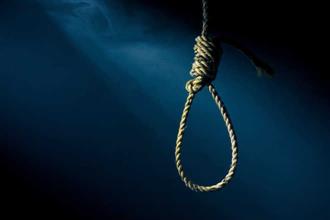