As we whiz through one town after another towards a distant destination in this region of India, it is so easy to forget that we are in the land that is rich in history, where kingdoms were forged on the strength of numbers and swords, lost due to inaptitude, guile or simply the vicissitudes of time. 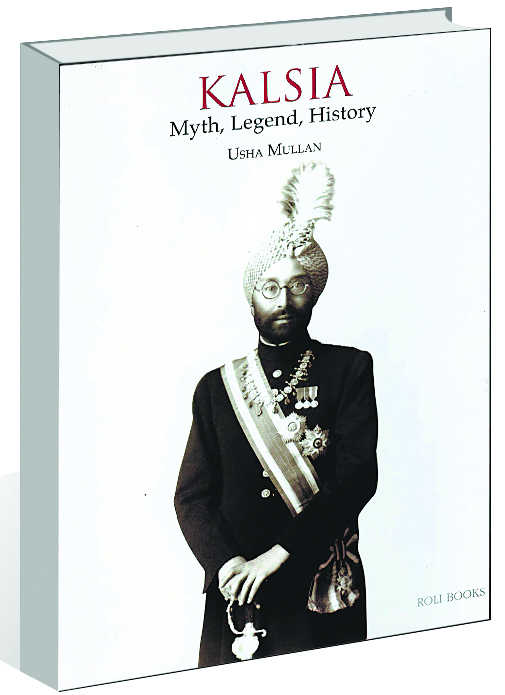 As we whiz through one town after another towards a distant destination in this region of India, it is so easy to forget that we are in the land that is rich in history, where kingdoms were forged on the strength of numbers and swords, lost due to inaptitude, guile or simply the vicissitudes of time.

In not too distant a time, the area that we live in comprised distinct kingdoms with rulers of varying clout and ability. They were often related in some manner, they squabbled with each other, sometimes collaborated and in all provided much of the grist for the legends that are associated with the Maharajas of India.

Some, like the Maharaja of Patiala, acquired a larger-than-life image, while others did not catch the public eye. Much had to do with the relative wealth and the personality of the Maharaja Bhupindra Singh, as also the fact that after Independence, his son, Maharaja Yadavindra Singh of Patiala, was appointed Rajpramukh of the Patiala and East Punjab States Union (PEPSU) that existed as a state between 1948-56, combining the princely states of Patiala, Jind, Nabha, Kapurthala, Faridkot, Kalsia, Malerkotla and Nalagarh. In 1966, Haryana came into being. The territory of state was divided between Punjab and Haryana.

The misfortune of its rulers exacerbated Kalsia’s eclipse. Raja Ravi Sher Singh, the author’s father, died in London on January 6, 1947. His minor son succeeded him. Later, he enrolled in the Indian Air Force. The young Flight Lieutenant Karan Sher Singh was killed in 1961 in an air crash while attempting to land a flaming bomber away from a build-up area, a feat that earned him the Ashoka Chakra.

Much, however, had already changed for a dynasty that traces its origins back to mythological times. The story, as narrated by the author, is a fascinating one. Right from retracing mythological roots, to establishing a genealogical tree that goes back to the Bhatti-Rajput period, that the history of this dynasty is one that is closely intertwined with the region, especially if we look at the period after 1723 when Gurbaksh Singh founded the Kalsia state with its capital at Chhachharauli, near Ambala.

As we turn the pages of the book, we get vignettes of misls that were formed after the death of Guru Gobind Singh, Maharaja Ranjit Singh’s rule, the Anglo-Sikh Wars, the fall of the East India Company and the declaration of Queen Victoria as the Empress of India, the manner in which her Viceroys governed the country and the many squabbles that took place between various states that eventually acceded to the Union of India.

The author gives a brief account of each ruler who succeeded Gurbaksh Singh. She gives a lucid account of how these rulers forged their state, won battles, lost some of them, and walked the tightrope as did other rulers of small states in order to survive the changing tides of time. The rulers of Kalsia, like those of other Phulkian states, threw their lot with the British and were granted some privileges. However, they also chaffed under the restrictions imposed upon them, particularly in matters of succession and in the manner of the care and education of minor princes.

Ravi Sher Singh’s mother Ranbir Kaur had a running battle with the British political agent and other officers regarding access and education of her son, the Raja of Kalsia. So did many mothers of minor rulers.

The arcane rituals of the rulers and their overlords come alive in the book, complete with the tug-of-war that accompanied some of the power plays. We do not, however, find out much about the ruled. The author had largely relied on historical accounts commissioned by her father and grandfather. She has also taken pains to look for other historical documents, pictures and illustrations that figure prominently in this illuminated volume of a forgotten past.

It takes passion and skill to make history an interesting read. We find both in the book as we take a dip into the past, and reacquaint ourselves with the story we may not have known had it not been for this book.