LONDON: The British government said on Thursday it would suspend issuing new Saudi licenses for the sale of arms that might be used in the Gulf kingdom’s bombing campaign in Yemen. 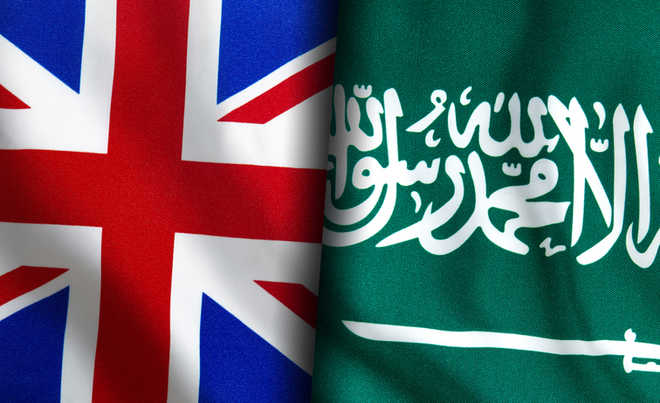 Britain accounts for 23 per cent of arms imports to Saudi Arabia. iStock

The British government said on Thursday it would suspend issuing new Saudi licenses for the sale of arms that might be used in the Gulf kingdom’s bombing campaign in Yemen.

International Trade Secretary Liam Fox announced the decision in parliament after a British court ordered the government to “reconsider” the sales because of their humanitarian impact.

“We disagree with the judgement and will seek permission to appeal,” Fox said.

“While we do this, we will not grant any new licenses to Saudi Arabia and its coalition partners which might be used in the conflict in Yemen.” Shares in Britain’s BAE Systems defence and aerospace giants lost almost three percent of their value within an hour of the government’s announcement.

Britain’s Court of Appeal had earlier on Thursday ruled that the government broke the law by failing to properly assess whether the arms it sells to Riyadh violated its commitment to human rights.

Judge Terence Etherton said the UK government “must reconsider the matter” and weigh up future risks.

The government had “made no concluded assessments of whether the Saudi-led coalition had committed violations of international humanitarian law in the past, during the Yemen conflict, and made no attempt to do so,” Etherton ruled.

Prime Minister Theresa May’s office said she was “disappointed that the court found against the government on one ground” and would seek an appeal.

Thursday’s ruling was part of a long-running court battle that the UK-based Campaign Against Arms Trade (CAAT) non-profit first launched against the British government in December 2015.

The UK High Court had ruled in July 2017 that the arms exports were “lawful”.

The Court of Appeal reversed that decision on Thursday.

Britain accounts for 23 per cent of arms imports to Saudi Arabia and last year signed a multi-billion-pound preliminary order with Riyadh for 48 Eurofighter Typhoon fighter jets.

Government figures analysed by CAAT show that Britain has licensed nearly 5 billion pounds (USD6.4 billion) in weapons to the kingdom since the Saudi-led campaign began in 2015.

The London court judge stressed that Thursday’s decision “does not mean that licences to export arms to Saudi Arabia must immediately be suspended”.

Fox made no references to existing arms sales contracts and did not imply that all exports to Britain’s traditional Middle East ally would halt.

But CAAT said its “historic” victory should force the government to suspend all military equipment sales.

“This historic judgement means that the government must now stop issuing new arms exports licences, suspend existing licences, and retake all decisions to export arms to Saudi in accordance with the law,” CAAT said in a statement posted on its website.

The conflict has claimed tens of thousands of lives and triggered what the United Nations describes as the world’s worst humanitarian crisis. — AFP