Banking services likely to be hit today due to strike

KOLKATA:Banking services across the country are likely to be partially disrupted on October 22 as two bank unions will go on a 24-hour strike on the day. 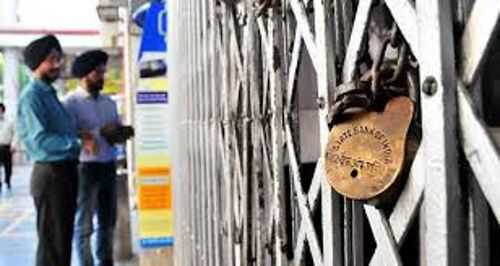 Banking services across the country are likely to be partially disrupted on October 22 as two bank unions will go on a 24-hour strike on the day.

The strike has been called by the All India Bank Employees’ Association (AIBEA) and the Bank Employees Federation of India (BEFI) to protest against recent bank mergers, falling deposit rates and issues of job security.

The RBI and SBI will, however, not participate in the strike, sources in them said.

Regional Rural Banks and cooperatives banks will also not participate in the strike as mergers do not affect them, sources said. Striking unions said they will shut the ATMs as these will be under the strike ambit.

“We expect good response from all PSU and private banks,” Bank Employees Federation of India general secretary Joydeb Dasgupta said. SBI has claimed the impact of the strike on its operations will be minimum as most of its employees are not members of the participating unions. — PTI