NEW DELHI: The RBI has said that Rs 500 and Rs 1,000 notes, returned to banks when the government demonetised high value currency 15 months ago, are still being “processed for their arithmetical accuracy and genuineness”. 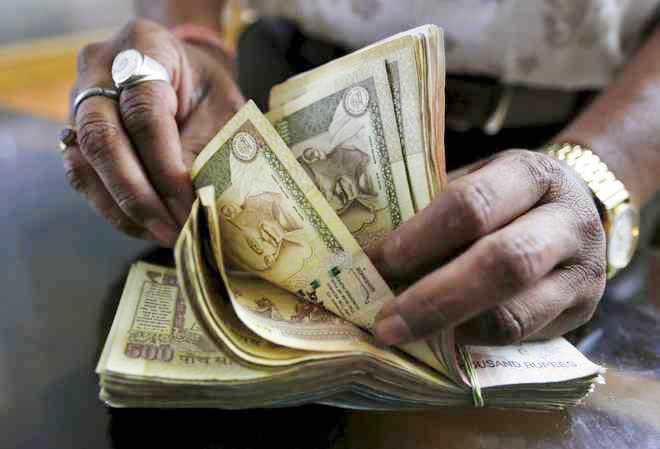 The RBI has said that Rs 500 and Rs 1,000 notes, returned to banks when the government demonetised high value currency 15 months ago, are still being “processed for their arithmetical accuracy and genuineness”.

This is being done in an “expedited manner”, the central bank said.

“Specific bank notes are being processed for their arithmetical accuracy and genuineness and the reconciliation for the same is ongoing. This information can, therefore, be shared on completion of the process and reconciliation,” the RBI said in reply to an RTI application filed by a PTI correspondent.

To a query on the number of demonetised notes, it said, “...subject to future corrections if any, arising in the course of verification process, the estimated value of specified bank notes received as on June 30, 2017 is Rs 15.28 trillion (lakh crore)”.

Asked to provide the details of the deadline for finishing the counting of demonetised notes, the RBI said “specified bank notes are being processed in an expedited manner”.

As on date, 59 sophisticated Currency Verification and Processing (CVPS) machines are in operation in RBI for the purpose, it said.

The reply did not specify the location of the machines.

“Besides, eight CVPS machines available with commercial banks are also being used. In addition to this, seven more CVPS machines on lease basis have been installed at RBI regional offices,” the RTI reply said.

The government had on November 8, 2016 banned the use of Rs 500 and Rs 1,000 notes and allowed the holders of these currency bills to deposit them with banks or use them at certain notified utilities.

In its annual report for 2016-17 released on August 30 last year, the RBI said Rs 15.28 lakh crore, or 99 per cent of the demonetised notes, had returned to the banking system.