NEW DELHI: The government is losing over Rs 2,500 crore annually due to lack of clarity over how to implement the licensing regime for various types of operators providing television channels to consumers across the country. 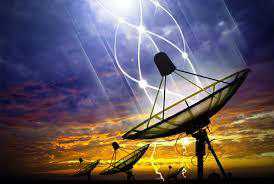 The government is losing over Rs 2,500 crore annually due to lack of clarity over how to implement the licensing regime for various types of operators providing television channels to consumers across the country.

While it is earning over Rs 1,500 crore by bringing the Direct-to-Home (DTH) operators under licensing scheme, the national exchequer is suffering a loss between Rs 2,500 and Rs 3,000 crore as licence fee per annum from the Digital Addressable System (DAS) for cable and HITS (Headend in the Sky) operators as there are no provisions to govern them.

Under the licensing conditions, the DTH operators are required to pay an annual licence fee which is 10% of the gross revenue (GR) earned by the operators, but there is no such requirement for the HITS operators and the DAS operators.

Ever since the evolution of the broadcasting industry, there has been a major problem of under-declaration by the local cable operators in respect of the subscribers being serviced, which has also been a reason for conflict.

Officials said though with a view to curb this menace, the government did come out with a policy for implementing digitisation across the country, under-declaration from the DAS and HITS operators continues, leading to loss to the national exchequer.

As per an estimate, the revenue collection from the DTH sector for the FY 2014-15 was between Rs 12,250 and Rs 14,500 crore while the same from the cable industry was around Rs 20,000-25,000 crore despite under-declaration in the cable business, which is covering around 61% of total television households.

If the government is able to bring in the licensing regime for the DAS and HITS operators as well, forcing them to actually disclose their actual number of subscribers, it could well end up raking in another Rs 2,000 to Rs 2,500 crore. This would also provide a level-playing field for the DTH operators.