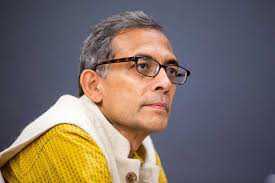 Nobel laureate Abhijit Banerjee today flagged concerns about banking crisis in India and called for aggressive changes to deal with the situation.

There is a need to bring in important and aggressive changes to deal with the crisis, he said during interactions with media here.

He said there is need to bring down stake of the government to below 50% in banks so that the decisions are taken without fear of Central Vigilance Commission.

The banking system has been afflicted by the scourge of high NPAs for nearly five years now, which has led to net worth erosion and discovery of scams in the sector, with the PMC scam being the new addition.

On August 30, FM Nirmala Sitharaman had said the profitability of PSBs was improving as the total gross NPAs of PSBs came down to Rs 7.9 lakh crore at end-March 2019 from Rs 8.65 lakh crore at end-December 2018. — PTI