CHANDIGARH: While Punjab is reeling under a financial crisis, resulting in low salaries and high fuel prices, the state government has approved the entitlement of “high-end” luxury vehicles for the Chief Minister, ministers, MLAs and bureaucrats. 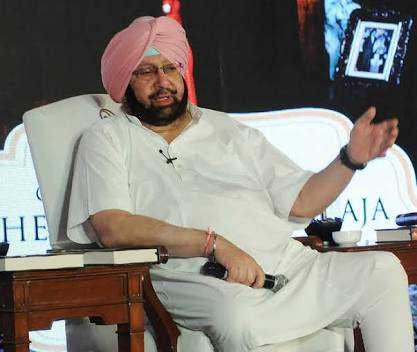 While Punjab is reeling under a financial crisis, resulting in low salaries and high fuel prices, the state government has approved the entitlement of “high-end” luxury vehicles for the Chief Minister, ministers, MLAs and bureaucrats.

As per an order issued by the Transport Department, the Chief Minister has approved the authorisation of the new staff cars.

However, Raveen Thukral, Media Adviser to the Chief Minister, said only the norms for vehicle entitlement had been approved and no purchase order had been issued.

The lot includes 432 vehicles under various categories. These will cost around Rs 81 crore to the state exchequer.

The new authorisation provides for 16 Land Cruisers, including two bulletproof ones, for the Chief Minister instead of the previous authorisation of eight Ambassadors and six Mitsubishi Monteros. Thirteen Mahindra Scorpios have been earmarked for the CM staff, while 14 Maruti Dzire/Honda Amaze/Ertiga have been chosen for the Officers on Special Duty (OSDs) to the Chief Minister.

The Chief Secretary is entitled to Toyota Fortuner. Sources in the Transport Department said apart from some officers, many MLAs had been demanding new vehicles for long as the existing vehicles with them were old now.

Police sources said bulletproof cars had been sought especially for the Chief Minister keeping in mind the threat perception.

Sukhdev Singh Kokri Kalan of the Bhartiya Kisan Union (BKU-Ekta Ugrahan) said the Congress government should think about improving the living standard of the common man and providing cheaper agricultural equipment to farmers instead of increasing the salary and allowances of ministers and planning the purchase of costly vehicles.