‘Drive against spurious products to continue’

PATIALA:As a part of the ongoing drive against food adulteration, the Health Department on Wednesday raided four shops in Patiala district. 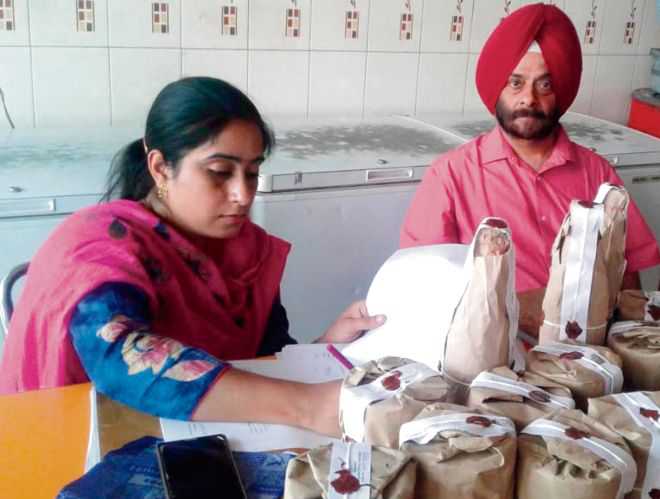 Officials of the Health Department raid a shop to check food adulteration in Patiala on Wednesday. Tribune photo

As a part of the ongoing drive against food adulteration, the Health Department on Wednesday raided four shops in Patiala district. During the raid, the health officials collected eight food samples and sent them to the state testing lab.

A team led by District Health Officer (DHO) Satinder Singh raided a dairy, sweets and departmental store in Bahadurgarh and Ghanour block of the district. The team first raided Jindal Dairy and collected samples of milk and desi ghee.

In the end, the team collected samples of mustard oil and tea from a confectionary store in Bahadurgarh.

The health officials said samples would be sent to the laboratory and action would be taken on the basis of the reports.

DHO Satinder Singh said, “These raids were part of routine inspections. We will be conducting such raids in future as well.”