CHANDIGARH: The second edition of the #LeaveNoOneBehind International Conclave on Human Rights, Community Welfare, Philanthropy and UN SDGs is set to be held on November 11 and 12 at the English Auditorium of Panjab University, Chandigarh. 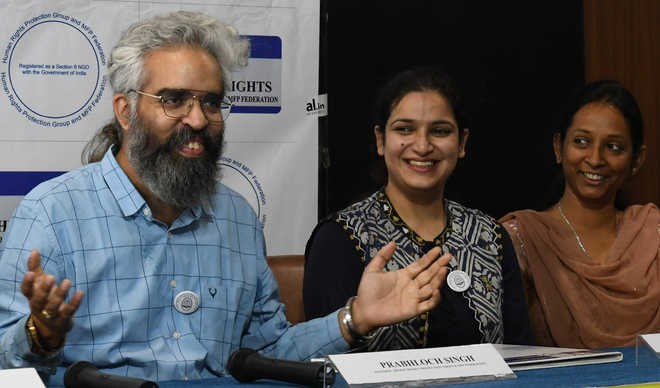 The second edition of the #LeaveNoOneBehind International Conclave on Human Rights, Community Welfare, Philanthropy and UN SDGs is set to be held on November 11 and 12 at the English Auditorium of Panjab University, Chandigarh.

The conclave is organised by the NGO, Human Rights Protection Group and MFP Federation. On the first day, local MP Kirron Kher will flag off a first of it’s kind mobile mortuary and funeral van.

The NGO’s Respectable Funeral Services project is aimed at ensuring free and respectable funeral services for the poor.

The initiative is an attempt towards maintaining the self respect of the underprivileged, who even struggle to get mortuary and funeral van services, leave alone ensuring respectable last rites for their loved ones.

On the second day, a special project (code named BHIJA) aimed at providing respectable livelihood services to the poor will be announced.

The project will provide services to the poor with a projected amount of Rs 45 crore in salaries for 500 underprivileged families over the next five years.

The event is being held on the occasion of the 550th birth anniversary of Guru Nanak. Founder of Human Rights Protection Group and MFP Federation, Prabhloch Singh, said, “We seek the blessings of the Guru and hope to be of service to the mankind, as taught by him.”

The conclave will feature speakers from across India and abroad. The guest speakers for the latest edition include Lt Governor of Puducherry, IPS Kiran Bedi, Member of Parliament from Chandigarh, Kirron Kher, Kharar MLA Kanwar Sandhu and organiser of the conclave and human rights activist Prabhloch Singh, singer Rabbi Shergill, former MP Satya Pal Jain and Dr Balram Gupta among others. — TNS