42 held for driving on cycle tracks

CHANDIGARH:Forty-two persons were arrested by the UT police today for driving vehicles on cycle tracks and pedestrian paths. 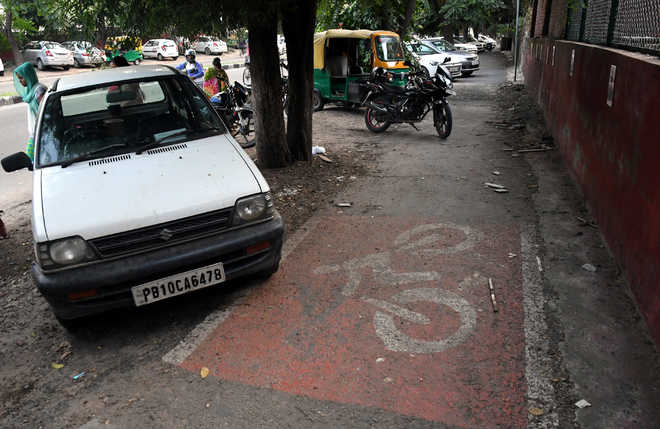 Acting tough, the traffic police have started initiating action against the violators under Section 184 of Motor Vehicles Act. Under this Act, the driver is arrested and released on bail.

On Saturday, 29 motorists had to face the music for driving on cycle tracks.

In August, the traffic police had launched “Cycle Brigade”, under which cops riding bicycles catch people driving vehicles on cycle tracks. In an attempt to avoid traffic snarls, motorists are often seen driving on cycle tracks.

Police officials said they would continue the drive to ensure that cyclists get a safe passage in the city. In addition, the cyclists would also be sensitised to the use of cycle tracks.

The police believe the move will help in bringing down the number of cyclists who die in road accidents.