The annual athletics meet of Aanchal International School was held with zeal and excitement. The programme began with the Director declaring the sports meet open. 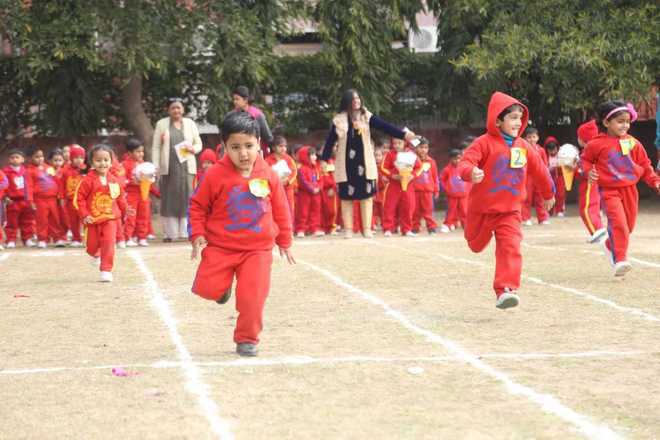 Kids participate in a race during the annual athletics meet of Aanchal International School. Tribune photo

The annual athletics meet of Aanchal International School was held with zeal and excitement. The programme began with the Director declaring the sports meet open. Students of Classes V to X competed in events such as relay race, sack race, three-legged race and lemon-and-spoon race. Prize distribution ceremony was held to appreciate the winners. A lucky draw was organised which had exciting prizes.

Manav Mangal Smart School, Sector 64, Mohali, organised a farewell party for the outgoing students of Class X. Students were welcomed with the traditional 'tilak' and badges were pinned to them. Director Sanjay Sardana interacted with the students and conveyed his wishes to them. Students who performed outstandingly in various fields were honoured with gift vouchers. They enjoyed the lunch arranged in their honour and danced in merriment.

Scholars of the pre-primary wing of Satluj Public School, Sector 2, Panchkula, were taken on an educational trip to the Japanese Garden in Sector 31, Chandigarh. Scholars enjoyed various rides and engaged in various games organised.