Campaigning ends, over to 3.86L voters in P’kula dist

PANCHKULA: As campaigning for the upcoming Assembly elections ended at 5 pm today, candidates made last-ditch efforts to woo voters. 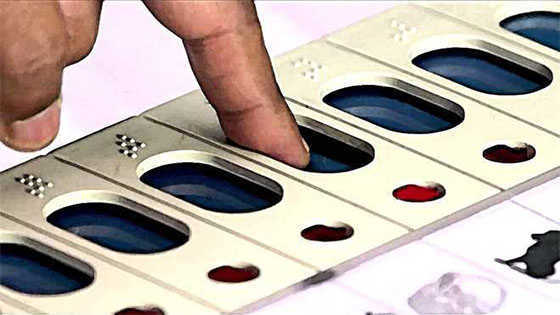 As campaigning for the upcoming Assembly elections ended at 5 pm today, candidates made last-ditch efforts to woo voters. The polling will take place on October 21.

Congress candidate Chander Mohan went all-out on the last day of campaigning, urging people to come out on the D-Day and vote for him.

There has been neck and neck contest between the BJP and the Congress in both Assemblies of Panchkula district – Panchkula and Kalka.

Candidates from other parties like the INLD, AAP, the JJP and the Swaraj India are also confident of their victory.

The District Election Office has made arrangements for free, fair and peaceful elections in the district. Restrictions under Section 144 of the CrPC have been imposed.

There are as many as 3.86 lakh voters in the district. The total population of the district is 6.36 lakh.

No political party, candidate can canvass using loudspeakers till the counting is over. Even they would have to refrain from any type of public gathering, address, officials said.

Special arrangements have been made for people with disabilities for their easy access to polling booths. Polling teams have been moved to their respective stations with election material in both Panchkula and Kalka constituencies. As many as 2,056 employees — 1,068 in Kalka and 988 in Panchkula — have been assigned various poll duties. — TNS