MARRAKESH (MOROCCO):A record number of seven Indian women, including Saaniya Sharma, will figure in the Final Stage of the Ladies European Tour Qualifying School this week. 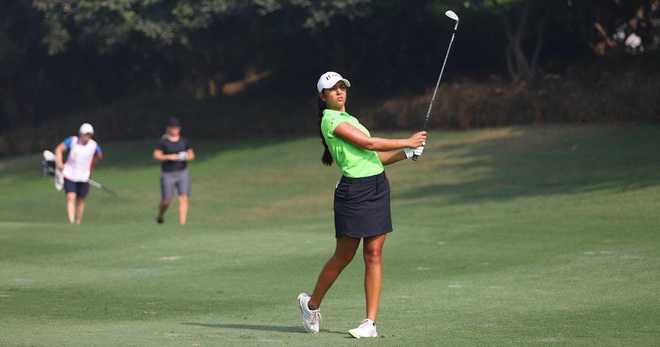 A record number of seven Indian women, including Saaniya Sharma, will figure in the Final Stage of the Ladies European Tour Qualifying School this week.

Four Indian women, led by amateur Diksha Dagar, qualified for the final stage as the Pre-Qualifiers came to an end on Monday.

Dagar, a silver medallist at the 2017 Deaflympics, with a stellar record in amateur golf, finished tied third at 13-under, which included a brilliant 8-under 64 in the third round.

The next best Indian was Tvesa Malik, who has won four times this season on the domestic Hero Women’s Pro Golf Tour in India. Tvesa was tied fifth at 10-under.

Rookie Astha Madan was tied 22nd and Saaniya Sharma making a comeback from injury grabbed the last spot at tied 36th at three-over.

Earlier, another rookie Ridhima Dilawari, who like Dagar, represented India at the 2018 Asian Games, also qualified for the Final Stage by finishing tied 13th in the first Pre-Qualifier.

Diksha, Tvesa, Astha Saaniya and Ridhima will join Vani Kapoor and Sharmila Nicollet, who got a direct entry into Final Stage.

India’s leading star Aditi Ashok, who now plays mainly on the LPGA is also eligible for LET by virtue of being a multiple winner in 2016 and 2017.

The Qualifying School is held over two stages, pre-qualifying and final qualifying. Pre-Qualifying is held at a series of venues in Morocco and Cambodia. This is to be followed by the Final Stage in Marrakesh from December 16-20. A total of 116 players will play for 25 LET cards for 2019.

A player, unless they get entry into Final Stage, plays 162 holes (72 holes, 4 rounds, in pre-qualifiers plus 90 holes, 5 rounds, in Final stage) in order to get their card. The top-25 get a full card.