CHANDIGARH: Students at Panjab University (PU) can earn up to Rs 4,000 a month by doing small jobs in the university. 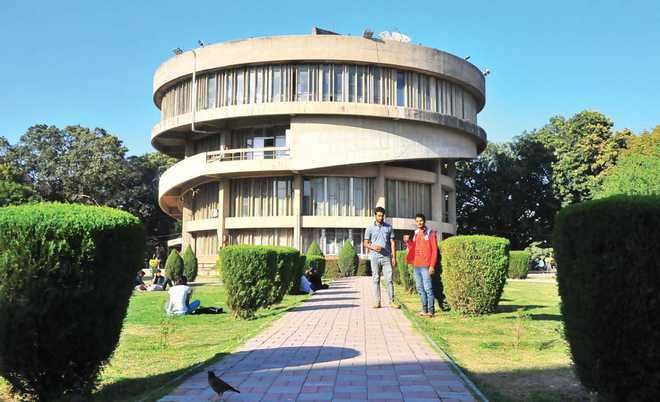 Students at Panjab University (PU) can earn up to Rs 4,000 a month by doing small jobs in the university.

The PU VC, Prof Arun Kumar Grover, had mooted the “Earn while you learn” scheme during the agitation against the fee hike in 2017. However, the idea got lost as the fee hike was reduced.

Now, a committee under Prof Navdeep Goyal, chairperson of the physics department, has again proposed the scheme, which will now be placed before the Syndicate at its meeting slated for May 26. The Syndicate is a governing body of the PU.

In its report dated April 4, the committee identified jobs which could be taken up by students. These included working as part-time library assistants at departmental libraries or AC Joshi Library, as part-time teaching assistants in teaching laboratories and as data entry operators or computer operators for Internal Quality Assurance Cell (IQAC) work. It has been proposed that students be paid Rs 100 per hour and each student be allowed work for a maximum of 40 hours in a month.

PU radio station Jyotirgamaya (91.2 MHz) has been offering up to Rs 1,000 per month for producing programmes for the past four years where any student of the university is eligible. For a programme of a 30-minute slot, one can earn Rs 200. However, there is ceiling of Rs 1,000.

Relief for BE students

BE students can appear simultaneously in even and odd semesters first year onwards to clear their re-appears of various semesters. Similar relief is also given to ME students.

The PUTA president, Prof Rajesh Gill, had complained to the Vice-President’s office on December 20, 2017, over denial of information on plying of e-rickshaws on the campus. She had alleged irregularities. The VP office then sought a detailed status report from the PU on February 9. The Registrar, Col GS Chadha (retd), told the VP office on March 21 that M/s Xxplore Automobiles Pvt Ltd was chosen in a bid by three companies. He also told that the contractor had been paying power bills, had cleared his arrears and now just Rs 29,345 was pending against him. The firm is registered with the UT Administration to provide e-rickshaws and drivers have licences. The VP office told Prof Gill, through a letter dated April 27, “…there appears no substance for further examination on the allegations made in this case.”

Part-time jobs they can take up in varsity

In its report dated April 4, a PU committee identified jobs which could be taken up by students. These included working as part-time library assistants at departmental libraries or AC Joshi Library, as part-time teaching assistants in teaching laboratories and as data entry operators or computer operators for Internal Quality Assurance Cell (IQAC) work.