No flight after 4 pm from today : The Tribune India

No flight after 4 pm from today

MOHALI: The number of flights operating from the Chandigarh international airport will come down from the existing 37 to 27 on account of runway upgrade, which is due to start from October 3. 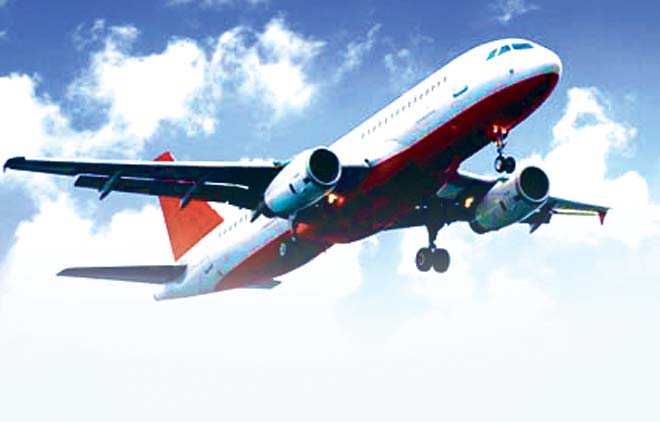 The number of flights operating from the Chandigarh international airport will come down from the existing 37 to 27 on account of runway upgrade, which is due to start from October 3.

Chandigarh International Airport Limited CEO Suneel Dutt said, “The runway repair work will include re-carpeting and resurfacing of the runway. In order to accommodate wide-bodied aircraft (Boeing 777, 787 and 747), the length of the runway is being extended from the current 9,000 ft to 10,400 ft.”

“The runway will have the CAT II instrument landing system that will assist in landing when the visibility is low,” he said.

According to sources, the repair is expected to take 20 months with an expected cost of over Rs 460 crore.

With the implementation of new watch hours, several airlines have curtailed their operations. As per the new schedule, Jet Airways will operate seven flights instead of 10. Three Jet Airways flights from Chandigarh to Delhi with departure timings of 6.05 pm, 7.40 pm and 9.35 pm, respectively, have been cancelled. “In the winter schedule, the number of flights may come down to four due to fog,” said an official from Jet Airways at the airport.

SpiceJet, which currently operates seven flights, will operate four flights in the new schedule. SpiceJet flights to Jaipur, Hyderabad and Delhi have been cancelled. There is no change in the morning flights to Jammu and Delhi, which will depart at 8.30 am and 8.40 am, respectively. The SpiceJet flight to Srinagar will depart at 12.15 pm instead of 12.35 pm and the flight to Delhi at 4.10 pm has been advanced to 3.35 pm.

IndiGo will operate seven flights with three flights cancelled in the new schedule. The cancelled flights include flights in the evening slots to Srinagar, Mumbai and Bengaluru. There is no change in the timings of IndiGo’s international flight to Dubai, which will depart at 3.45 pm.

The sources said more flights were likely to be cancelled or rescheduled in the winter schedule, especially in the morning slots, due to fog and low visibility. The winter schedule is expected to be out by mid-October.

A new Air India flight between Kullu and Chandigarh is all set to be introduced. The inaugural flight will take off from Chandigarh on October 5. “Further details about the flight’s schedule will be announced soon,” said a source at the airport.