On the cards, CTU bus tracking on cellphone 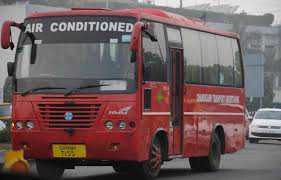 The department has selected a Gujarat-based company after the bids to carry out the project were opened recently.

Uma Shankar Gupta, Director, Transport, said the company would implement the project in one year. It would install and manage the operations for five years and then hand over the system to the CTU.

Under the project, a centralised control station will be set up that would help track the buses in operation across the city through GPS units mounted on the vehicles. The system will give all information about the buses on a real-time basis and the arrival time will be displayed on a screen at bus stops. People will be able to access the information online through a mobile application.

Computerisation of bus depots will also be done under the project. The project was delayed by over two years due to various reasons.