Only 6 teams for fencing c’ship : The Tribune India

Only 6 teams for fencing c’ship

CHANDIGARH:Low participation has hit the credibility of an inter-college championship, organised by the Directorate of Sports Panjab University, yet again. 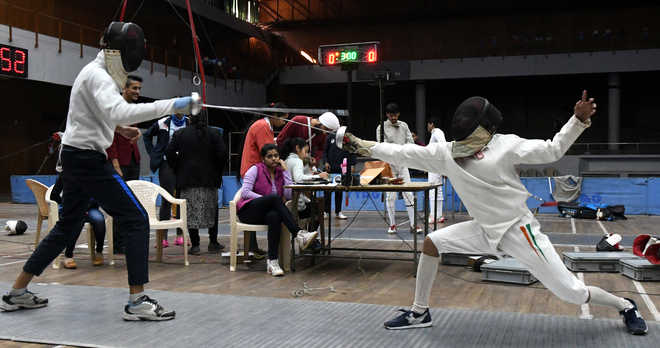 Low participation has hit the credibility of an inter-college championship, organised by the Directorate of Sports Panjab University, yet again.

On Sunday, only six teams showed up for the men’s Inter-College Fencing Championship. In October, the authorities had conducted the inter-college hockey championship with only five teams.

Notably, no team from Punjab participated in the championship. Panjab University has over 180 affiliated colleges, out of which nearly 110 colleges are co-ed. “This is no surprise. This year the participation of teams has hit a new low. Even in the judo championship, the organisers got only five or six entries per weight category. The Punjab University Sports Committee and the Directorate of Sports should come forward to improve the condition here,” said a fencing coach on the condition of anonymity.

Another coach added, “This is not even a competition as many of the players are here for mere formality. The authorities should focus more on making the sport popular in colleges. The sports committee, which is represented by officials of various colleges, should also show keen interested in developing at least five events in their respective area.”