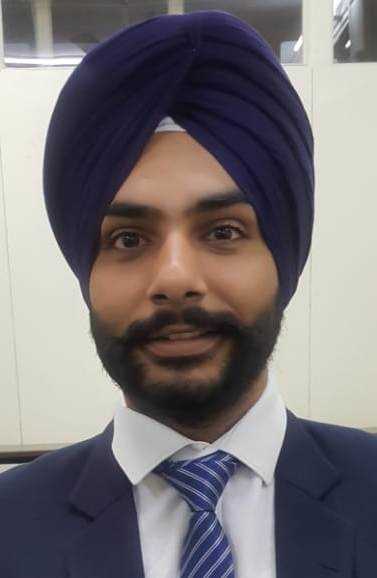 She is a native of Gurdaspur and has once again cleared the exam in the fourth attempt. Last year too, she had qualified the exam and had bagged the 372nd rank.

She passed out from PEC in 2012 in the electrical engineering stream. Amritpal said, “As a child, I was always aware of the Deputy Commissioner’s post, but didn’t know they were IAS officers. I always aspired to be a DC and now the dream will be realised soon.”

“You have to go the extra mile while preparing for the exam. Consistency is the key to success. One shouldn’t be complacent and should put in a lot of hard work. Parental support always helps,”  she said. Amritpal said she used to study for eight to 10 hours a day and completed the syllabus topic-wise than chapter-wise. She said as a DC, she would like to deal with the water conservation and waste management issues.

Maninder Singh (26), a resident of Mohali, has bagged the 195 rank in the UPSC examination.

He started preparing for the exam in 2015 and it was his fourth attempt. He did his schooling from St Xavier School, Mohali, and graduation from the IIT, Jodhpur, in the mechanical branch.

He said, “You need to adopt a different approach for the exam. While the prelims require fact-based preparation, the mains have more to do with answer-writing skills.”

His father Jaspal Singh works as an SDO in the Irritation Department, while his mother Surinder Pal Kaur is a housewife.