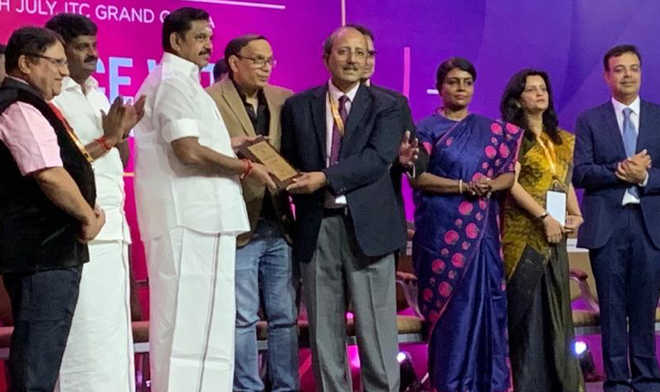 He was honoured during the Indian Intraocular Implant and Refractive Surgery Convention being held in Chennai. The conference is being attended by over 2,500 ophthalmologists from India and abroad.

Prof Ram, who was bestowed upon the Padma Shri by the President this year, is already a recipient of the Most Prestigious Award Best of the Best Winner for New Surgical Techniques on Management of Double Crystalline Lens at American Society Cataract and Refractive Society held at San Francisco, the US, in April 2013.