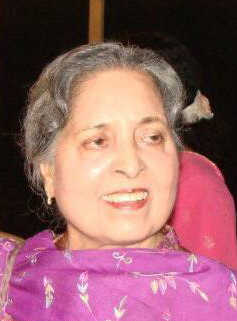 She is survived by her son, former Union Minister Manish Tewari, and daughter Puneet Tewari, who is settled in the US. Her husband Dr VN Tewari was assassinated in 1984. “She had recently undergone a surgery of the intestine,” said former councillor Chandermukhi Sharma.

She was also on the WHO Expert Advisory Panel on Oral Health during 1986-1992 and then again till 1996. She drafted the National Oral Health Policy:1985 and conducted the National Epidemiological Study of Oral Diseases from 1985-1988.  She was a nominated councillor with the Chandigarh MC from 2011 to 2016.

“She was very loving and very tough,” recalled Justice Ajay Tewari of the Punjab and Haryana High Court, a nephew of the deceased. “Her children were young when her husband was assassinated. She brought them up with fortitude,” he added. Prof Amrit Tewari’s father Sardar Tirath Singh was a minister in the erstwhile PEPSU. Her brother Barjinder Singh was chairman of the Central Board of Direct Taxes while her sister Surinder Kaur retired as an IRS officer.

Dr Krishan Gauba, Head, Oral Health Sciences Centre, PGI, said: “I knew her for the last 40 years. She shaped many a life and career.” Punjab CM Captain Amarinder Singh has expressed grief over the demise. The cremation will take place at the Sector 25 crematorium at 1 pm tomorrow (Monday). — TNS