Rupinder leads India ‘A’ to 7-0 win over B’desh

CHANDIGARH:Skipper Rupinder Pal Singh led with a hat-trick as India ‘A’ team drubbed visitors Bangladesh 7-0 at the Sports Authority of India, Bengaluru campus, on Tuesday. 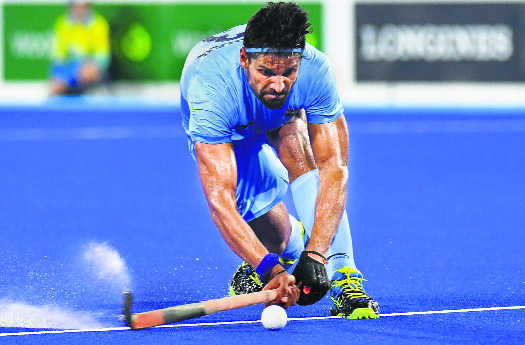 Skipper Rupinder Pal Singh led with a hat-trick as India ‘A’ team drubbed visitors Bangladesh 7-0 at the Sports Authority of India, Bengaluru campus, on Tuesday.

Bangladesh, who are seeking right preparations ahead of the Asian Games in Jakarta by playing against India ‘A’ and Indian junior men’s teams, started the match positively but an infringement by one of their defenders led to India’s first penalty corner in the 13th minute, which was well-converted by in-form Rupinder Pal Singh.

Gurjant Singh then scored a brace in the second half to seal the match 7-0.

Though, Bangladesh made some feisty attempts on goal, India ‘A’ custodian Jagdeep Dayal was alert at the post while the team’s defence stood strong to end up with a convincing win.