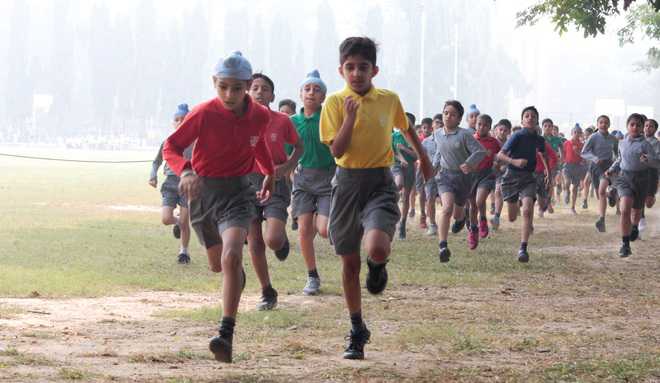 Nitya Ahuja claimed the boys' U-17 gold medal, while Sohani Attri claimed the top podium position in the girls' U-17 category. In the boys' U-14 category, Daivik Sharma won the gold medal and Arshpreet Kaur won the top honour in the girls' U-14 event. Kushagra claimed the top spot in the boys' U-12 category, while Kavineer won the girls' U-12 gold medal. Aitchison House won the overall trophy and Tagore House claimed the second position. Ranjit House also shined by claiming the third position. Samarth Sehgal was awarded The Milkha Singh Trophy and Jasnoor Kaur was awarded the PT Usha Trophy for the performance during the cross country. In the junior wing, Kuwar Pratap, Sarah Raizada, Gurtej Singh and Tamana won gold medals each in their respective categories.