CHANDIGARH:“Police beat system is the key to keep law and order under control. 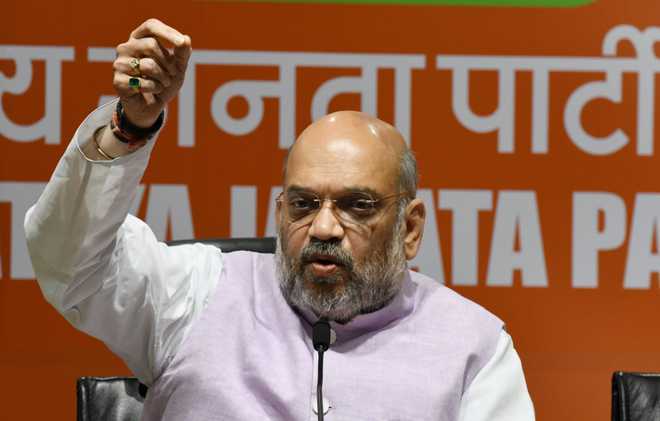 “Police beat system is the key to keep law and order under control. It is the first step towards better policing,” said Union Home Minister Amit Shah while inaugurating the e-Beatbook system for police personnel and launching 112, an all-in-one emergency number, in the city today.

Speaking on the occasion at a hotel in the Industrial Area, Shah said he always advocated strengthening the police beat system. He added that new IPS officers must not be aware of the importance of the beat system. “I believe until and unless the beat system is active and strengthened, the law and order cannot be improved,” Shah added.

The minister said the beat staff had all information about the problems in the city. The beat policing had almost vanished from the system, but Chandigarh re-introduced modernised beat system.

Shah said now there was a need to improve the image of the police, which could be achieved by modernising the police system.

UT DGP Sanjay Baniwal briefed the minister about the revamped beat system, under which 54 beats have been created.

Each beat will be manned by a head constable and three constables. Two beats together will have a sub-inspector, who will be the beat incharge, and a GPS-equipped Cheetah motorcycle for patrolling in the area falling under them.

The beat staff will record the data of all senior citizens residing in their area, paying guests, details of hotels, information about shopkeepers, including jewellery shop owners, liquor vends and people with criminal record staying in the city.

Beat staff to get info on calls

Emergency calls received on 112 will be simultaneously conveyed on the mobile phone of the area SHO and the respective beat staff, besides the nearest PCR, so that cops can reach the spot without any delay. The beat staff will not be assigned any VIP duty. They will only perform duties in their areas.

Though 112 has been introduced for all emergency services, the old emergency numbers, including 100 for police assistance, 101 for fire services and 102 for health services, will remain operational.