CHANDIGARH: Sukhna Lake was declared a wetland more than three decades ago. 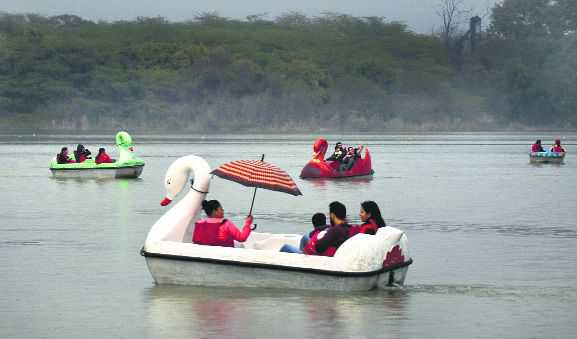 Sukhna Lake was declared a wetland more than three decades ago. In a status report placed before the Punjab and Haryana High Court, it was stated that the UT Administrator, vide a notification dated July 6, 1988, had declared the area of Sukhna Lake as “wetland”.

The notification made it clear that the wetlands comprising Sukhna Lake served as “suitable niche for fish and other aquatic animals, a breeding and nursery ground for water fowls and as filters for sediments and pollutants, apart from being ideal spot for water sports”.

The report came more than six months after the Chandigarh Administration told the High Court about its move to declare Sukhna Lake a wetland.

Taking up the matter, the Bench of Justice Ajay Kumar Mittal and Justice Manjari Nehru Kaul, on the previous date of hearing, had questioned the UT counsel on the progress since the constitution of an experts’ committee in August last year for the purpose of wetland declaration.

The amicus curiae or the friend of the court, Tanu Bedi too had addressed the court on the Wetland (Conservation and Management) Rules, 2017, framed by the Government of India. Bedi told the Bench that the UT had a wetland authority in place since December 2017. She added that the authority had to declare wetlands within three months. Bedi also placed on record a 2016 study in an attempt to suggest that Sukhna was already identified as wetland.

The Rules prohibit a range of activities in wetlands like setting up and expansion of industries, waste dumping and discharge of effluents.

Wetlands are areas where the water table is usually at, or near the surface. Or else, the land is covered by shallow water. The wetlands support rich biodiversity and offer extensive variety of ecosystem services such as water storage, water purification, flood mitigation, erosion control, aquifer recharge and others.