Undertrial hangs himself to death at Ambala City jail

AMBALA: An undertrial allegedly committed suicide by hanging himself from a grill of a bathroom’s door at the Central Jail in Ambala City today. 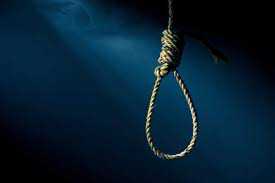 An undertrial allegedly committed suicide by hanging himself from a grill of a bathroom’s door at the Central Jail in Ambala City today.

The deceased has been identified as Raj Kumar (25), a resident of DWS Colony, Jalbera road, Ambala City.

Raj Kumar, who was arrested under the NDPS Act, was found hanging by jail inmates around 4 am today. He used a piece of cloth to hang himself.

The body was shifted to the Civil Hospital, Ambala City. It was handed over to his family members after autopsy.

Raj Kumar was stopped by the police near Singhawala village on September 15. As many as 498 buprenorphine injections were recovered from him. As he failed to produce any bill or licence for carrying the injections, a case was registered against him under Section 21 of the NDPS Act at the Ambala Sadar police station. He was produced before a court, which remanded him to 2-day police custody. He was later sent to the judicial custody.

No one from his family turned up to meet him in the jail. A magisterial inquiry will be conducted. — TNS