Chargesheet against PC likely next week

NEW DELHI: After a long custodial interrogation, the CBI is now preparing a chargesheet against former Finance Minister P Chidambaram in the INX Media case and is likely to file it in a special court here sometime next week. 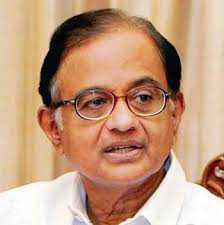 After a long custodial interrogation, the CBI is now preparing a chargesheet against former Finance Minister P Chidambaram in the INX Media case and is likely to file it in a special court here sometime next week.

Sources in the CBI said the chargesheet against Chidambaram, who is currently lodged in Tihar Jail, and a few others will be filed in the third week of September.

Naming Chidambaram as an accused in the INX Media case for the first time, officials said, the chargesheet would be filed against 10 accused, including a few companies, which were allegedly involved in the deal for granting foreign investment proposal worth Rs 305 crore for the media company.

Since Chidambaram’s arrest on the night of August 21, the agency put him through a long-drawn questioning in the case relating to clearance of the investment proposal by allegedly violating norms.

Chidambaram, a Rajya Sabha MP, was sent to the Tihar Jail in judicial custody on the request of the CBI after the expiry of his 15-day custody. He was arrested by the CBI in a dramatic raid at his house in full media glare with the probe agency personnel even scaling the boundary walls of his posh bungalow in Jor Bagh area here to gain entry.

On May 15, 2017, the CBI had registered a case regarding alleged irregularities in granting foreign investment clearances to INX Media, run by its directors Indrani and Peter Mukerjea in 2007, when Chidambaram was the Finance Minister.