In search of Shiva in Pakistan

In January this year I was contacted via email by a young Pakistani writer named Haroon Khalid. 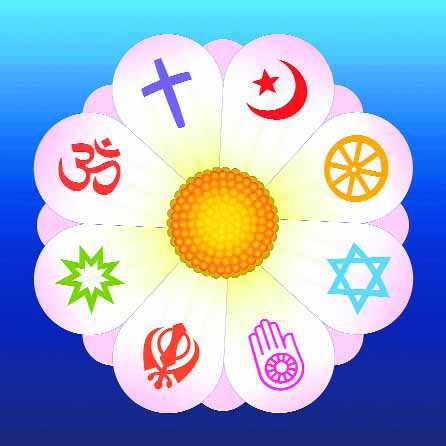 In January this year I was contacted via email by a young Pakistani writer named Haroon Khalid. He said he had read my book “In Good Faith” published in December 2012 and had attempted something similar in Pakistan. Briefly, my book is about a two-year journey across India in search of syncretistic traditions and communities in the face of a changing political landscape. There are for instance Muslim communities who sing in praise of Hindu Gods, there are shrines that are both dargahs and mandirs, there are old traditions that mark the conjoining of faiths.

Haroon sent me two books via post and wanted me to take a look. I have finally completed one and glanced through the other. Having read “In Search of Shiva: a study of folk religious practices in Pakistan”, published in 2015, I am both touched and depressed. Moved because the author has his heart in the right place and has self-financed a project to examine what remains of old motifs in Pakistan where he says that some practices at shrines can be linked to the traditions drawn from the cult of Shiva worship. For instance he hears of a Muslim shrine dedicated to the fertility cult, with a lingam like symbol being worshipped, and sets out to find it. His stories lie in the journeys

Yet it’s depressing to hear of the kind of attacks popular religion and Sufi shrines are subjected to in today’s Pakistan and this book chronicles that with feeling. Haroon writes 11 essays that seek to debunk the Two Nation theory that was built on the premise that Hindus and Muslims form separate nations, by trying to establish that South Asian Islam was distinct. He is not wrong in doing so but he also ends up revealing that the manner in which Wahabbi Islam has now prevailed in Pakistan and that does enforce a particular identity. This intolerant Islam wants to snuff out the Sufi path as was practised in little rural shrines. As evidence, look no further than two months ago: the great Qawwal, Amjad Sabri, was gunned down in Karachi by gunmen owing allegiance to the Taliban.

The second book Haroon has sent me is titled A White Trail and it is about the condition of religious minorities in Pakistan. It starts off with the account of an attack on Parvati Devi, a trained classical singer from Multan. Pervaiz, an 8-year-old boy runs and warns her that the mob is coming after destroying a Valmiki temple. She hears the mob shouting that they will take revenge for the destruction of Babri Masjid in India. The year is 1992. Parvati grabs her mother and her walking stick, her sister grabs her baby boy. They flee…

I put the book away after this beginning because I don’t have the heart to proceed further. Someday I’ll pick it up again. Kudos to you Haroon for having so much compassion for people who really do not matter in what is today’s Pakistan.

In 2013, I had travelled to Pakistan to take part in the Karachi literature festival. At Mumbai airport I met Saaz Aggarwal who was also travelling to the same event with her wonderful book “Sindh: Stories from her Vanished homeland” that tells the story of her mother’s side of the family. The book celebrates the positive attitude of the community that was forced to leave its home in Sindh after Partition but focused on getting ahead, leaving negative feelings aside. Saaz’ book continues to sell, moving readers in India, Pakistan and the Diaspora across the world.

Last week I stayed with Saaz in Pune, where I had travelled for the launch of the Marathi edition of In Good Faith. I forgot to ask Saaz if she remembered the opening ceremony of the 2013 Karachi Lit fest. It included a dance-drama called Tagore. Gurudev’s poem Where the Mind is Without Fear was recited to a dance. Included in the drama was a rendition of Mahatma Gandhi’s favourite bhajan, ‘Raghupati Raghav Rajaram, patita paavana Sitaram, Ishwar Allah tero naam...’

I was touched by the reverence some people in Pakistan have for the ideas given by Indians. By the end of the festival on February 18, 2013, Karachi was under siege due to the protests that followed the Quetta massacre of Hazara Shias (death toll 89). The road to the airport was blocked and some international visitors had to leave with security escorts. One writer told me it’s as if we are being bombed from outer space again and again.

Last week there was another suicide attack on a Quetta hospital that claimed 70 lives. The horrors continue inside Pakistan. I find it hard to believe that any people in any part of the world would voluntarily choose to be part of that nation.