Significance of memorabilia of lives from homes : The Tribune India

Significance of memorabilia of lives from homes

Among the more interesting developments in the realm of social science research, particularly in the study of history and politics, is the importance now given to memoirs and biographies as well as the records of ordinary people noted in diaries and personal notebooks. 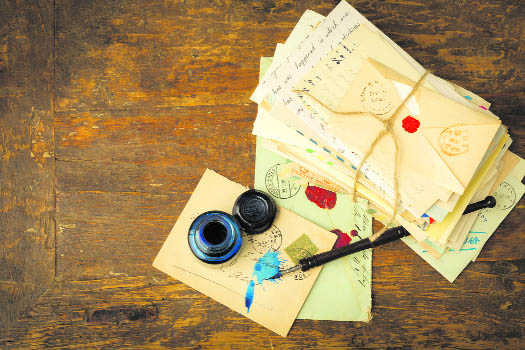 Among the more interesting developments in the realm of social science research, particularly in the study of history and politics, is the importance now given to memoirs and biographies as well as the records of ordinary people noted in diaries and personal notebooks. These are often the true chronicles of an era for they create a world peopled by men and women whose voices and sharp observations are eloquently preserved in such records. Many years ago, while packing up to move to yet another house, I came across an old household ledger that belonged to my mother-in-law. Curiosity made me flip through it and inside was a picture as complete as I would ever find of what the year 1949 looked like from her eyes.

Quite apart from the usual record of staff salaries and prices of vegetables and grocery items, it was also a meticulous record of what was cooked on a particular day and a brief resume of guests and visitors. There were also reminders to herself (birthdays and festivals, advances given to servants and so on) as well as observations about neighbours and acquaintances. It was like the unfolding of year in her life and appeared to me as the portrait of an age being run in slow motion half a century later. Written in her beautiful hand, it is indeed a slice of personal history that is waiting to be written.

Another treasure is hand-written letters to family and friends that provide endless enjoyment if read decades later. The stiff and formal ways in which parents were addressed, the long litany of blessings sent to near ones and the descriptions of life in small towns and villages that is often contained in them can be valuable archival material for a social historian. How I wish we had not carelessly thrown away so much as we sorted out personal papers, old bills and letters when moving from one house to another. I know of so many men and women of my parents’ generation who religiously wrote diaries and made copious notes on tours. I hope others have not been as careless as we were and kept these as valuable heirlooms. Many deserve to be written about even if for circulation among the family.

Fortunately, some of our generation have treated family papers with more respect. A few weeks ago, I was invited to the launch of a memoir that is actually a centenary tribute to a father by his children. Pieced together by putting together their father’s distinguished life from his diaries, letters and academic writing, it is titled ‘Caught by the Police: the life story of Dr. Anandswarup Gupta’, and elegantly published by Roli Books. The book celebrates the life and times of a distinguished police officer who was a member of the elite IP (Imperial Police, later Indian Police). Divided into sections that record his early life and then trace his career, it is a fascinating account of a man who was ‘caught by the police’ but remained at heart a poet and philosopher. In the years when he was a student, middle class parents (mostly fathers, it must be said) played a seminal role in the choice of a career. All the nine siblings were gently pushed in the direction of government service by their father and it is a matter of pride that each one of them succeeded in the toughest competitive exams. The Gupta clan, renowned even in our time in Allahabad University, always had a special talent for cracking the civil services. (Of Dr Gupta’s own sons, one went on to become an Ambassador, two rose to be chief secretaries, one the Union home secretary and one is currently chairman of the UPSC, while his daughter is the chief ‘editor’ of this volume).

Dr Gupta’s descriptions of his early years are a joy to read and his deference to his father and elder brothers a reminder of the strength of erstwhile family ties and the laws of patriarchal supremacy. I cannot imagine any youngster (perhaps even Dr Gupta’s own grandchildren) allowing the family to prevail upon personal decisions. Considered to be a man of strong individual opinions and style, Dr Gupta did not always find satisfaction in the service. However, since he was of an academic bent of mind and a wordsmith (he also wrote poetry), his lasting contribution was his compilation of the history of the Indian Police from 1947 to his death in the 80s. Few police personnel, if any, have done such painstaking and valuable documentation of a service now often criticised for its brutality and venality.

As I read the memoir, it brought alive before my eyes a UP and a Lucknow that I grew up in. We all share the same memories of a happy and contented quality of life in the districts and the simple pleasures of ‘mofussil life’; of fathers who took time to sit and read to children and mothers who exuded warmth and love. The Gupta siblings have each added their own memories to their father’s writings to bring alive a time that needs to be remembered as not just the age when India was being shaped but as a time when its best values were practised, not merely preached.