25 years on, worm’s-eye view of reforms

As we mark 25 years of Manmohan Singh's 1991 budget that transformed India forever, the media is flooded with specialist commentaries, focusing on growth, economics and politics. 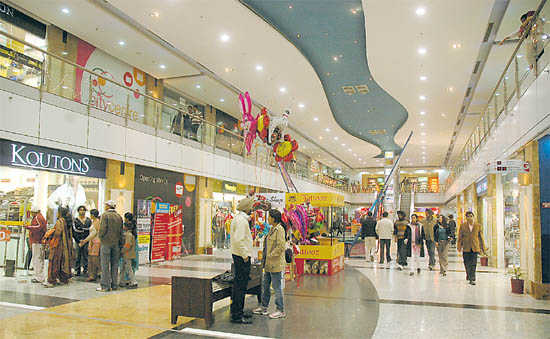 As we mark 25 years of Manmohan Singh's 1991 budget that transformed India forever, the media is flooded with specialist commentaries, focusing on growth, economics and politics.  Here's a more personal perspective, since post-graduates of my vintage were the first direct participants and beneficiaries of the energies and opportunities unleashed by economic reforms. What has really changed in India and how? Here’s the good, the bad and the ugly.

Jobs and self-employment opportunities, domestic and foreign travel, technology, computerisation and communication have helped. Access and exposure to the outside world, choice and overall quality of products, medical advances, entertainment avenues, availability of information, awareness and transparency have made our lives enormously better since liberalisation and no one in their right minds would like to retreat into the pre-1991 era with regard to these aspects. These have enhanced our freedom as individuals by leaps and empowered us to improve and take charge of the quality of our lives at a personal level. Even the most nostalgic soul yearning for times bygone, will admit that.

However, a myth seems to have gained ground that India before 1991 was some kind of grey, deprived, socialist wasteland with no development or creature comforts whatsoever. So far as I can remember, the 1980s in which I went to college, there was a fair amount of development and modernity, though not as widespread. Infrastructure basics were in place. There were also enough pleasures that non-metro teenagers like me from modest middle-class backgrounds could afford and enjoy. We had our jeans, T-shirts and sports shoes, rode mopeds and some even motorcycles or gearless scooters. We had colour TVs at home and even VCRs to watch films. We had refrigerators, if not washing machines and air conditioners. We even had inexpensive colour cameras and though cell-phones were unknown, most of us had landlines at home. Glitzy coffee shops and McDonalds were missing, but good restaurants and even fast-food joints, weren't unknown. Personal computers were yet to arrive but computerised railway reservations had started. We didn't have roads full of cars, but the modern hatchback Maruti, was already zipping about. So yes, 1991 economic reforms have worked wonders, made India far more prosperous than ever before, and many more people have all the above. But there is a tendency to exaggerate the scale and quality of changes it has produced, especially since millions still remain desperately poor.

Moreover, consumption has been the main tool of transformation — not education, not nation-building, not political and social progressiveness. The story of the last 25 years is that of Indians getting addicted to the cult of consumerism. A country which had always been poor was dazzled by the availability of thousands of consumer goods and services for enjoyment and indulgence. The middle-class no longer needed to be austere because they began getting paid better, had disposable incomes and quickly began equating happiness with the ability to consume more. Nothing wrong in that, but today we seem to have reached a stage where all ideas of happiness are wedded almost exclusively to consumption. This is a huge change. Around 25 years ago, we felt dismayed when something was unaffordable, but our happiness somehow never depended on it. Today it is different. We have hardly bought a product before we crave for the next item. Even spirituality has become a consumer good. Blame it on 1991.

Similarly, work seems to have gained disproportionate importance in our lives. We are putting in much longer hours and our professions seem to define us almost entirely. Work no longer is just one part of what we are. It's the dominant activity, around which everything else is accommodated. We consume more, hence we need to earn more, so we need to work more — this is accepted wisdom and philosophy. Work hard and party harder is the mantra, as if there is nothing else to life except the binary of work and consumption. Much wholesomeness has been lost to this binary — hobbies, conversation, friendships, relationships, reading, contemplation, silence, physical activity. Strangely though, standards of competence and professionalism remain abysmally low, while overwork's also making us unhealthy.

So many things remain unchanged. Our towns are perhaps even worse nightmares today, than back then with filth, air, water and noise pollution at troublesome levels. As citizens, the quality of our lives is good only in our houses, gated communities, offices, malls, multiplexes and other private places. Our public spaces, facilities, transport, infrastructure, services, security are no better than before 1991, perhaps worse. Education and healthcare have grown in quantity, but quality is available only at exploitative prices.

Our value systems and societal ethos have gone into a complete tailspin. Our cultural and artistic freedoms have actually shrunk, with virulent conservatism reasserting itself. Regressive religiosity has made a comeback and we have seriously lost all courtesy and etiquette. There is more crime and too much of the wrong kind of conformity because of total media regimentation of thought. Our insularity has reached epic proportions — the direct or indirect result of buying into the creed of consumption as the only raison d'etre. As a society, we consciously and unconsciously support, rationalise and glorify all actions and people that preserve and further our never-ending consumption addiction.

Naive as it may sound, can the second generation reforms that everyone is clamouring for, be the kind that actually bring better lives for all those below the poverty line? That too at a much more accelerated pace than the “trickle-down” effect of the last 25 years, while restoring balance and wholesomeness in the lives of those who have already prospered but are now merely slaves to consumption.

The writer  is a Pune-based crime novelist and film-maker